Stork is a brand name of vegetarian and vegan-friendly, gluten-free margarine, and sold with the tagline “The secret to light and fluffy cakes!”.

But, does the butter substitute compare to real butter, is it really the secret to light and fluffy cakes, and can you use Stork for buttercream?

What’s the Difference Between Stork and Butter?

With 52% less saturated fat than regular butter, and vegetarian and vegan-friendly too, you can understand why Stork would be a popular substitute for butter in baking.

It is suitable for those who are gluten intolerant, dairy/lactose intolerant, or vegan/vegetarian.

Stork has a much lower fat content than butter, and it also has a high oil content. This makes it quite an unstable ingredient to use in buttercream, and the margarine spread can also split when colours and flavourings are added.

These effects can make your buttercream less firm and cause your cakes to flop or collapse if you do not counteract with more or less of other ingredients. 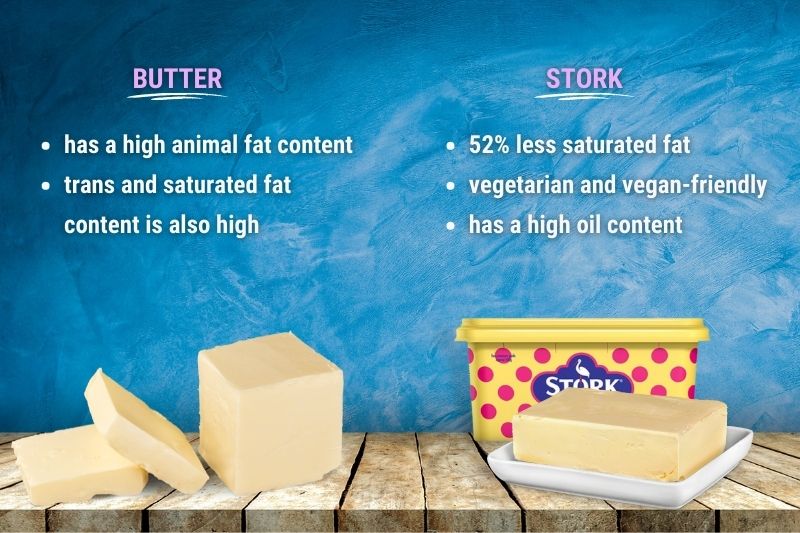 Butter is made from cream or milk that has been consistently churned until it becomes thicker. The animal fat content is high. Trans and saturated fat content is also high.

It was concerned about the effects of these fats on health that made margarine and other butter substitutes, such as Stork, more popular.

The high oil content, compared to the fatty butter, can make a difference to how your buttercream comes out. It can also have an effect on cakes, if you bake with Stork instead of butter.

Can You Use Stork for Buttercream?

There’s nothing to stop you from using Stork for buttercream in place of butter. In fact, it is a perfectly good substitute if you need a gluten-free, lactose-free, vegetarian/vegan-friendly cake or batch of cakes.

What Can I Use Instead of Butter in Buttercream? 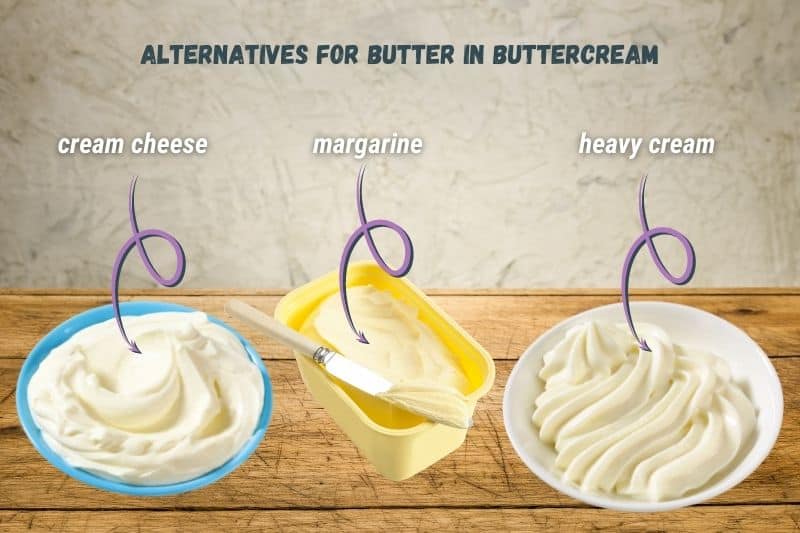 Alongside margarine, which is a perfectly acceptable substitute for butter in buttercream, you can also use a range of other ingredients.

Butter alternatives will all have different sweetness levels, consistencies, and finishes, so you may need to experiment a little with the ingredients before you find a ratio that works well for you and your tastes.

If you want a fluffy and light buttercream in your cakes, you could swap the butter for heavy cream, and cream cheese makes for a great alternative, too.

Buttercream with butter melts easily on a hot day, so if you’re baking in the summer and want your cakes to keep their firmness, switch the butter for shortening instead.