When it comes to chillies and chilli peppers, it isn’t simply a case of red ones being hotter than green ones, or vice versa.

Different varieties of chilli peppers will have different heat levels, marked by the Scoville scale.

Not only that, different varieties of pepper will come in different colours. As well as the typical red, green, orange and yellow shades, chilli peppers can also come in shades of brown, purple, and a host of others.

If you were to look at the pepperoncini variety of chilli pepper, also known as sweet Italian peppers or Tuscan peppers, you would be eating a green pepper that has a Scoville rating of between 100 and 600.

If you were to grab a red sweet bell pepper, however, you would be eating—as the name suggests—a sweet and much more mild pepper. Sweet bell peppers score 0 on the Scoville rating.

In this case, green peppers would be hotter than red ones, but that’s not always the case.

As a general rule, if you were to have two colours of the same variety of pepper in front of you, the redder they are, the hotter they will usually be.

Green, yellow or orange peppers are still ripening and will develop a hotter Scoville rating as they do.

Green peppers tend to be sweeter than their red, yellow or orange counterparts. But, again, different varieties vary greatly. 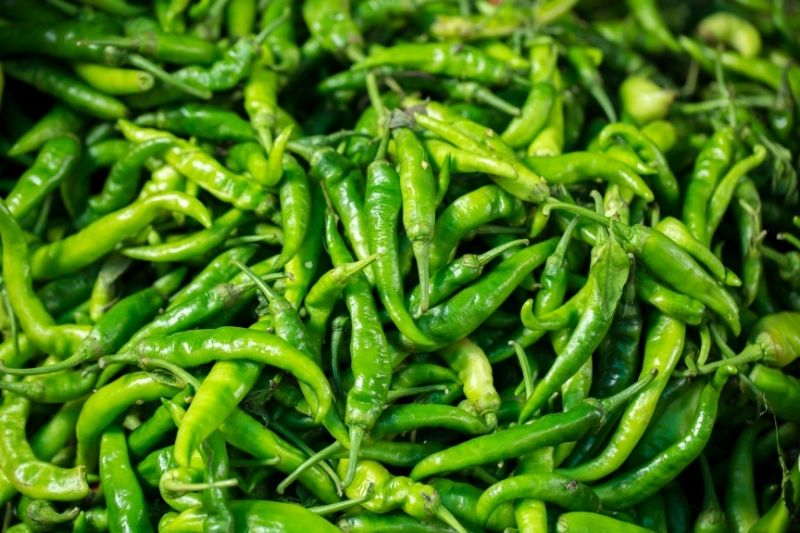 In some cases, yes. In others, however, no. It all depends on the specific variety of chilli pepper.

Pepperoncini are green when they are ripe, as are Anaheim peppers, which are also known as California green chillies… and for good reason. They are, as you might’ve guessed, green.

Pablano peppers are green, but they also ripen to red, at which point they then become Ancho peppers.

Jalapeño peppers are usually picked and packed when they are green – and ripe. This popular chilli pepper also comes in shades of red.

The colour often means very little when it comes to the heat rating of Jalapeño peppers; they have been bred specifically to come in an array of heat levels, ranging from 2,500 to 8,000 on the Scoville spectrum.

Green chillies can be unripe red chillies, but that’s not always the case.

What Is the Hottest Chilli Pepper? 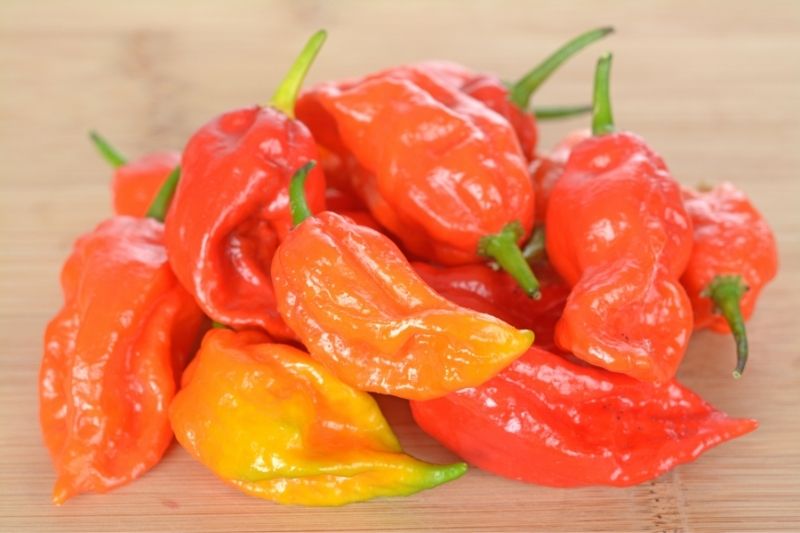 The world’s hottest chilli pepper is said to be one called the Bhut Jolokia or “ghost pepper”, with a Scoville score of more than one million (1,000,000). That’s quite the hike from pepperoncini, with its Scoville rating of between 100 and 600.

One of the most popular varieties of very hot chilli pepper is one called Scotch bonnet. This one sits between 100,000 and 325,000 on the Scoville scale, often in shades of orange, yellow, and a very bright red.