Egg is a useful binding ingredient when baking or cooking, but there are times when we need something else that can do the same job as the egg.

Perhaps you’ve run out of eggs and have no time to pop to the shops, or maybe you are a vegan or cooking for a vegan friend and are keen to go without the egg in a recipe.

The best egg substitute for binding can vary on what the recipe needs the binding for, but the most common egg substitutes are flax seed, chia seeds, chickpea flour, mayonnaise, and breadcrumbs.

What Are the Best Egg Substitutes for Binding Meatballs?

Meatballs require a binding agent to keep the mince or vegan alternative in its formed ball shape.

If no binding agent is used, then the meatballs will fall apart when being browned off or when cooking in the sauce that they are usually served with.

Mayonnaise can be used in place of egg when making meatballs. Use approximately 3 tablespoons of mayonnaise per egg that is being replaced.

Plain yoghurt or ricotta cheese can be used in a similar manner and if you are looking for a vegan alternative then vegan mayonnaise will work well. Add the egg replacement slowly so you can get the desired texture and stickiness for your meatballs.

What Are the Best Egg Substitutes for Binding Fritters?

The best egg substitute for binding fritters is chickpea flour. When mixed with water chickpea flour has the same fat content and protein level as an egg as well as being a similar texture and consistency to egg.

Chickpea flour is sometimes known as gram flour and is often used in a similar way when making onion bhajis because of its binding properties.

What Are the Best Egg Substitutes for Binding Burgers? 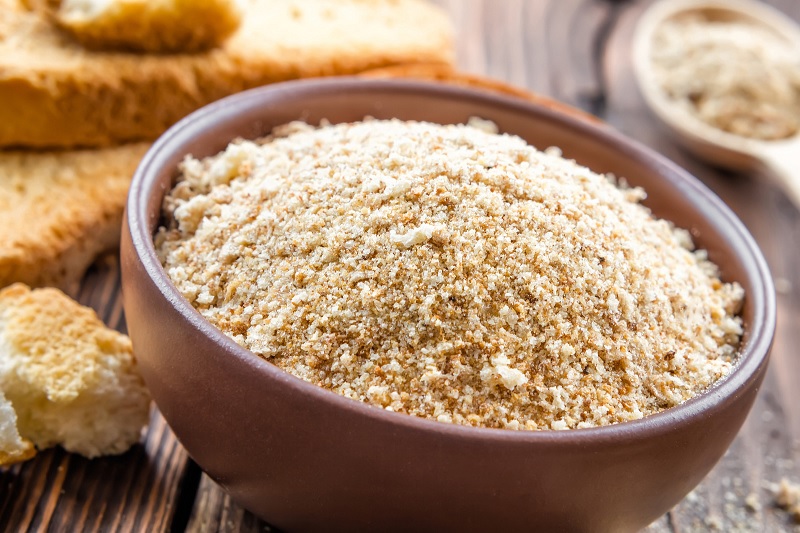 Homemade burgers are a truly delicious thing and there are so many variations on flavours and ingredients you can use.

If you have run out of egg or if you are making a vegan burger, then it’s useful to know what else will word in its place.

Some burger recipes already contain breadcrumbs, and this is because they work so well for binding them together.

Using breadcrumbs negates the need for egg. The breadcrumbs work as they absorb some of the moisture and stop the mix being too wet whilst adding structure to it.

What Are the Best Egg Substitutes for Binding Breadcrumbs?

When making something such as breaded chicken it is customary to dip the chicken in egg and then into flour before then coating it in the breadcrumbs.

If you do not have any egg, then there are a couple of solutions that work well in its place.

The first is using a chickpea flour and water mix that will coat the chicken and provide a stickiness. This is useful to use when making a breaded vegan food as it removes the need for egg.

Another option for substituting egg when breading something is using mayonnaise. Vegan mayonnaise would also work so you can adapt your recipe to suit your dietary requirements.

You can even flavour the mayonnaise with soy sauce and seasonings to give the dish extra flavour.