Cheesecake is too good a food to let go to waste, but just how long can you keep a homemade cheesecake after you’ve made it, and why is the length of time different to that of a store-purchased cheesecake?

How Long Does Homemade Cheesecake Last in the Fridge?

Homemade cheesecake doesn’t last for as long as store-purchased cheesecake. It is recommended that you keep homemade varieties for a maximum of three to five days.

How Long Does Homemade Cheesecake Last in the Freezer?

Once again, homemade cheesecake has a shorter life span, even when it is kept in the freezer. A store-purchased cheesecake may last for up to three months, but a homemade one should be eaten within four weeks.

How Long Does Store-Purchased Cheesecake Last in the Fridge?

When you buy cheesecake from the store, you can keep it in the fridge for between five and seven days. The packaging will usually suggest an eat-by date, but for the most part, up to a week is considered safe.

How Long Does Store-Purchased Cheesecake Last in the Freezer?

If you pop your store-purchased cheesecake in the freezer, it will last longer than in the fridge – up to three months. You will need to consider the ingredients in the soft part of the dessert. Some toppings may not freeze as well as others. Once again, we recommend checking the packaging for serving and storing recommendations. 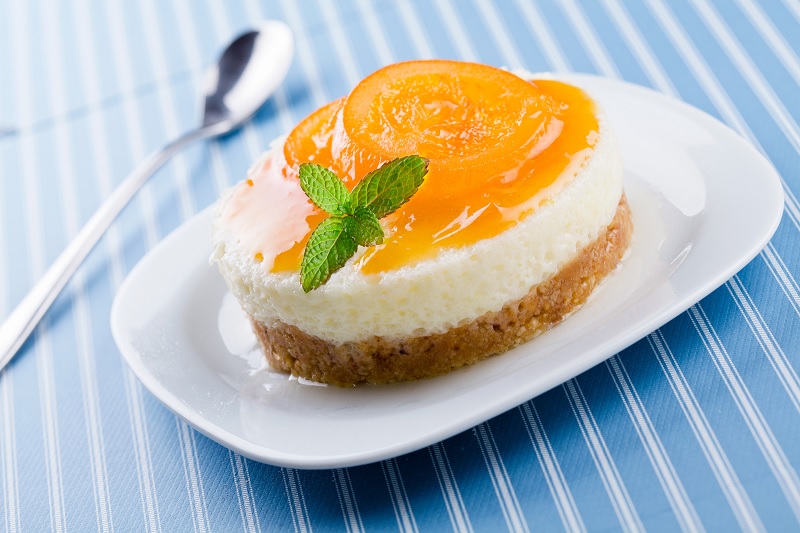 How to Store Cheesecake in the Fridge

You can store cheesecake in the fridge in a number of ways, but you must make sure that the dessert is properly covered to avoid it absorbing odours and flavours from the food around it.

Cake covers can be used if the cheesecake is still on the base, and you could also consider cutting the cake into individual portions to make it easier to store. In doing so, you can then use cake-piece-shaped containers if you have them.

Clingfilm can be used to wrap and cover the cheesecake, as can aluminium foil.

It is recommended to use more than one layer of whatever material you use, to ensure there is an effective barrier between your delicious cake and the other, pungent ingredients in the fridge. You do not want your cheesecake to smell like onion or garlic!

How to Store Cheesecake in the Freezer

If you have used the container for other food items previously, remember that the odours and colours could transfer from the container to the food.

You can wrap cheesecake in foil. It is recommended to use more than one layer to prevent freezer burn.

You can also freeze cheesecake in freezer bags, provided they are large enough to close around the cake.

Alternatively, as previously mentioned, you can freeze cheesecake in Tupperware containers or similar.

How Do You Defrost a Frozen Cheesecake?

It is best to leave a frozen cheesecake in the fridge overnight, especially if you plan on refreezing the leftovers again in the future.

It will take around four to six hours for an average cheesecake to defrost, depending on the toppings.

Can You Freeze Cheesecake That Has Already Been Thawed?

You can refreeze cheesecake that has already been frozen and thawed once, but you must make sure that you defrost/thaw it out in the fridge rather than just leaving it on the counter.

How Can You Tell if Cheesecake Has Gone Bad?

Cheesecake contains a lot of fresh ingredients that have a short shelf life, such as cheese, cream, and eggs.

These often curdle when they have gone bad, and mould will start to grow on them. This also happens with cheese and other dairy products that have been left in the fridge for too long.

Cheesecake that has started to change colour, turning more pale or even grey in colour, is bad cheesecake. You will be ill advised to eat it.

The ingredients can often start to give off an unpleasant smell. If the cheesecake doesn’t smell like it’s supposed to, don’t eat it.

Just because you don’t see mould, colour changes or curdling on the cheesecake, however, doesn’t mean that the dessert hasn’t already gone bad.

Invisible bacteria can be present, including the bacteria responsible for salmonella, E. coli, and listeria.

If you aren’t sure how long the cheesecake has been sitting in the fridge, throw it out. Do not eat it.

Cheesecake that has been left on the counter (as opposed to in the fridge) will turn bad considerably quicker. Within just a few hours (two or three), the dessert can become unsafe to eat.