The humble crumble is a firm favourite in Britain, served hot and with custard for a delightful winter warmer, and presented with ice cream, hot or cold, during the summer.

You can use a crumble topping for savoury dishes just as much as the sweet, dessert ones that you’re probably more used to seeing.

But does it matter what kind of flour you use in a crumble? Can you use self-raising flour for a crumble? Yes, you can!

The very short answer is this: You can use either self-raising flour or plain flour for a crumble; it actually doesn’t matter which one you use in terms of taste, texture, or finish.

What Flour Is Usually Used in a Crumble?

If you placed them side-by-side and compared them in every way – taste, texture, presentation, etc. – they would score exactly the same. 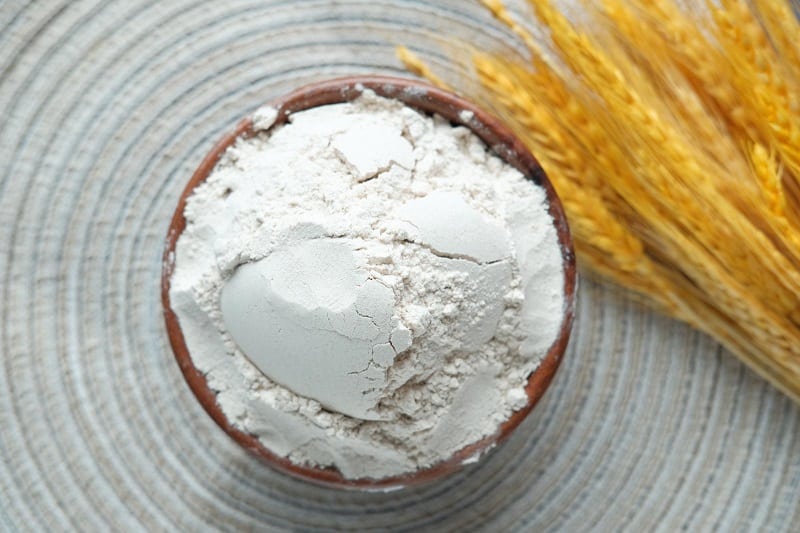 A Quick History of the Crumble

The traditional crumble was actually first made popular in the UK during World War II. There was a shortage of many ingredients, and some were rationed.

Because of this, recipes that used less of an ingredient than others became more popular.

A pie, for example, would use a lot of ingredients, because you need to cover the entire top with a layer of pastry, as well as all across the bottom and sides.

When the ingredients weren’t available in high enough amounts, people turned to crumble as an alternative. A crumble-topped dish doesn’t call for the pastry around the sides and across the bottom, and you use less of each ingredient for the crumble coating across the top.

When plain flour wasn’t available, people would use whatever flour they had in their larders already, including self-raising.

It would be keeping with tradition to use what you already had in the kitchen rather than running out to buy something. 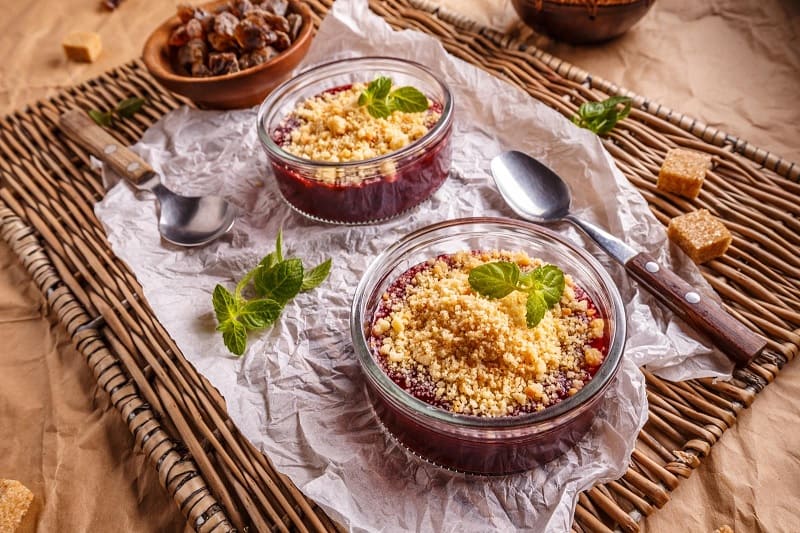 What Can I Use Instead of Plain Flour in a Crumble? 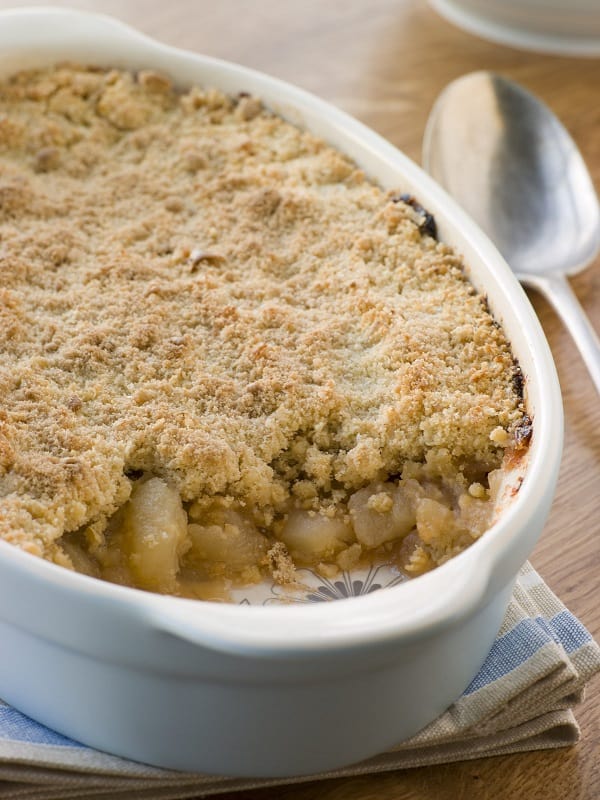 How to Make a Crumble Crunchy on Top

If your crumble topping tends to be more soggy than crispy and crunchy, you may wish to consider cooking it for a little longer in the oven.

The crumble topping takes longer than you’d think. It should turn into a delicious golden-brown colour, and that’s when you get the crunch-factor.

You could also consider adding more butter, which helps to crisp and brown-off the top of the crumble. Extra melted butter can even be added as the crumble is cooking to help bring the topping together.

Make sure that you don’t add too much butter, however. This can cause the crumble to become more of a greasy mess than a crunchy dessert.

For a little added flair, you could even consider adding more ingredients to the simple flour, butter, sugar mix that is usually used for a crumble topping. Crushed nuts, for example, can add extra texture and flavour, as can rolled oats.

Switching white sugar out for brown sugar (particularly demerara sugar) can also help to add a darker colour, a sweeter flavour, and a crunchier topping; and you could also add spices and other flavour elements for an added kick.