It can sometimes be hard to tell if many of our long-life pantry favourites ever go off. Foods that are canned, pickled, or preserved can outlive the human lifespan.

But what about our go-to sugary pancake condiment? This article answers the question, does treacle ever go off?

Treacle is a sweet syrup that derives from the sugar refining process. The most common version is golden syrup (which many of us love to use on pancakes, or in hot sponge desserts), but there are darker, more bitter versions, such as black treacle and molasses. Treacle’s main component is sugar.

How Long Does Treacle Last?

Tins and bottles of black treacle will come with both an expiry date and a warning that says, “Dispose of upon expiry”, which suggests that despite being considered a long-life product, it does indeed go off. This is if the product isn’t opened.

Once opened, black treacle should be stored in a cool, dry area and consumed within three months. The treacle itself should be properly sealed to avoid exposure to airborne bacteria.

As with black treacle, golden syrup has a long life, but it will also have an expiry date, and it’s likely that at some point, it’ll eventually be unwise to consume.

Unopened golden syrup will last many years (with some food industry workers claiming it’ll never go off) if it is stored and sealed properly.

Once opened, most chefs and environmental health workers will recommend that it should be consumed within the aforementioned three-month timeframe.

Molasses originates from, and is typically used in the warmer regions of the Americas, therefore its storing and maintaining methods may vary from traditional English treacle syrups.

It is recommended that molasses should be stored in a cool, dry, dark location. If stored correctly, it will then last for up to one year.

Heat and humidity are the biggest threats to molasses; both can cause bacteria to grow into mould.

Can You Keep Treacle in the Fridge?

You can, but it isn’t the best place, as it will cause the treacle to turn hard and unmanageable when you come to use it. This goes for opened or unopened black or golden treacle.

If you live in a hot climate, however, and your cupboard space or pantry becomes overheated, treacle can be placed in the fridge to preserve its longevity/stop it from becoming runny or inconsistent in texture.

Molasses can be kept in the fridge, but again, it isn’t mandatory.

What Is the Difference Between Black Treacle & Molasses?

Many people wonder if molasses and black treacle are the same. The answer is no – black treacle and molasses are different. They have similarities, but molasses is darker and more opaque than black treacle. The taste is also stronger and much more bitter. Molasses is often used as a natural preservative and a binding agent, without being too sweet. 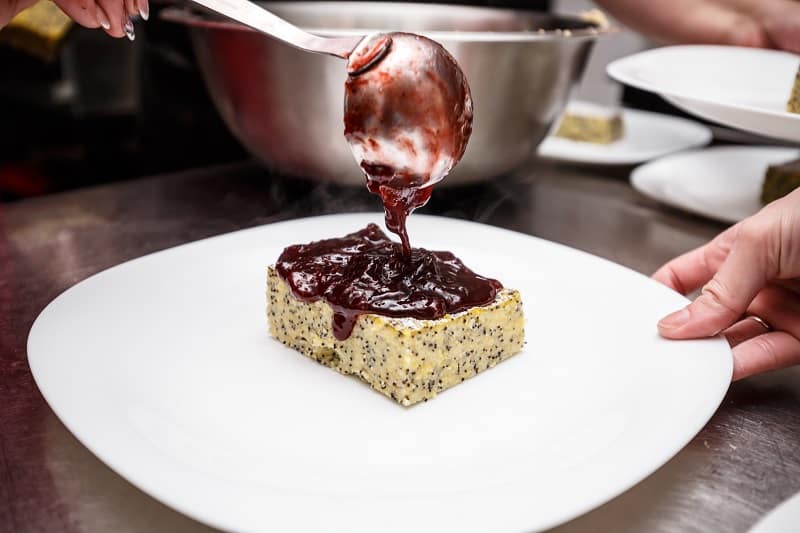 Yes, vegans can consume all types of treacle, as they do not contain any animal components. It can often be a good sweetening alternative to honey.

There are many schools of thought on the subject of whether treacle goes off or not. Most products have a sell-by date on its packaging, and it’s up to the consumer’s discretion whether to adhere to it or not.

Treacle lasts a long time, but if it isn’t stored properly, it can be at risk to moisture, airborne bacteria, and flies, making it unwise to eat.

To avoid this, store your treacle in a cool, dark place (such as a pantry), and make sure it is concealed properly upon opening and no treacle remnants are exposed around the rim of the lid or external packaging.