Yes, some dumplings can be made using plain, all-purpose flour and no baking powder.

Although most recipes call for either self-raising flour or baking powder, there are dumpling recipes that require neither.

Dumplings come in a multitude of shapes and sizes, depending on their country of origin.

You can produce authentic Asian-style dumplings, such as Japanese gyoza, Chinese wonton or Korean mandu, with plain white flour and water.

However, many European recipes still require a leavening agent (e.g. baking powder) while many Asian recipes do not.

If you have plain flour and bicarbonate of soda (baking soda), you can make all types of dumplings.

A makeshift substitute for baking powder can be made by mixing bicarbonate of soda with a weak acid.

Buttermilk, yogurt and molasses are all slightly acidic, and can replicate the effects of baking powder in your dumpling recipe.

Stronger acids, like vinegar and lemon juice, can also be used. These must be used sparingly though, as too much will ruin the texture and taste of your dumpling mix. 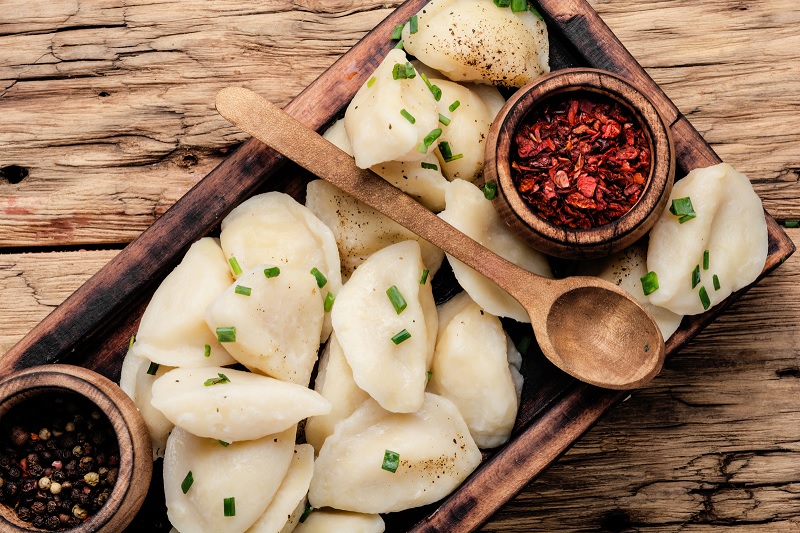 Most western-style dumplings use self-raising flour, which creates dumplings that are light and airy.

Making your own self-raising flour is an extremely simple process. It is essentially plain flour mixed with a small amount of leavening agent. These agents act to produce gas during cooking.

In bread-making, yeast act as leavening agents by producing carbon dioxide within a loaf, causing it to rise.

One exception is German spätzle, which are traditionally made with plain flour, water and egg.

Traditional Suet Dumplings with Plain Flour and No Baking Powder

In Western fare, especially Eastern European cuisine, dumplings are often made with just two ingredients: self-raising flour and suet. These ingredients are mixed into a stew to cook shortly before serving.

Asian Dumplings with Plain Flour and Water, No Baking Powder

If you have plain flour but no baking powder, consider making Asian-style dumplings.

Plain flour is milled from wheat grain, which is plentiful in Europe and the Americas.

Production of wheat (and by extension, plain flour) is scarce in Asia (occurring predominantly in the north-east of China).

This is reflected in Asian cuisine; rice flour is used more often, to produce bread, spring roll wrappers and some dumplings, especially outside of China.

However, the use of plain flour is widespread in Asia when making dumpling wrappers. These are the flat, circular discs of dough that wrap the dumpling before cooking.

Commonly consumed dumplings, including wontons, siu mai and potstickers, can all be made using plain, all-purpose flour and water. This creates a delicate dough that lends itself to steaming.

If you’re planning on frying a dumpling, a stronger bleached flour like tipo ‘00’ or bread flour may be a better alternative. 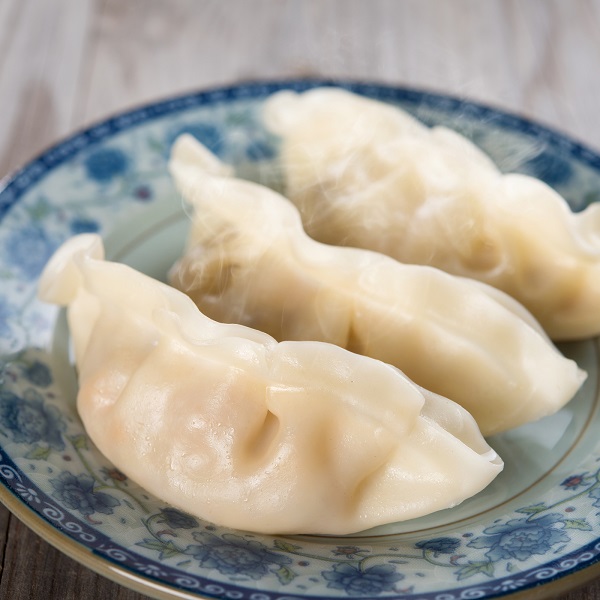