Gammon is a delicious meat, but it can be too salty for some, especially when it hasn’t been prepared or cooked in a way that is designed to rid the meat of some of that excess salt.

There ARE ways to reduce the saltiness of gammon, however. Try some of these salt-reducing approaches the next time you cook the meat: 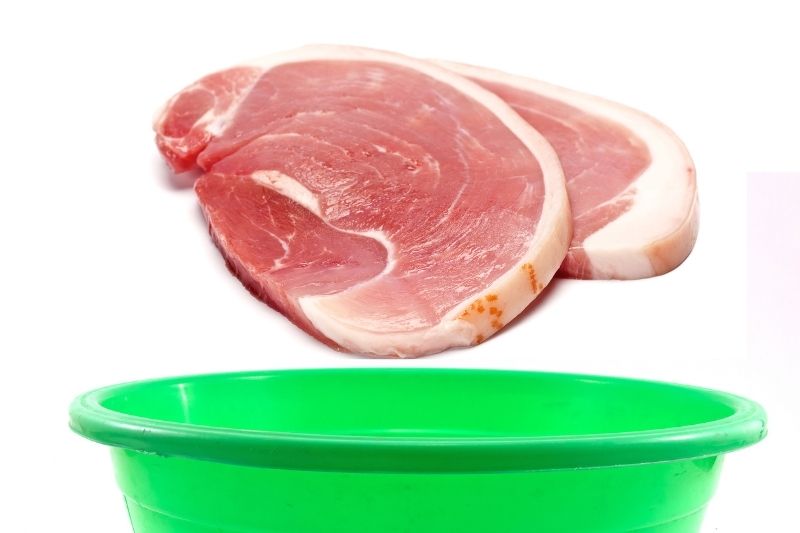 Soaking particularly salty meats helps greatly to get rid of some of the salt, with different meats requiring different soaking times.

A joint of gammon should really be soaked in cold water for between 12 and 48 hours before cooking.

You can soak it for up to 72 hours in the refrigerator, and the longer you allow it to soak in cold, unsalted water, the less salty it will taste when you cook it.

You will need a large enough bowl, mixing dish, or glass dish that will contain enough water to properly cover the gammon. All of it should be submerged for best results.

To help reduce the saltiness even further, you should change the water regularly, switching the salty water out for new, fresh cold water.

It is also recommended that you do this to prevent the growth of bad bacteria that could cause food poisoning—every two to four hours preferably.

You can safely leave gammon soaking in cold water in the fridge over night, but make sure that you change the water before you go to bed, and also again when you wake up.

For the same reason as soaking the gammon, rinsing it well under a cold tap before you cook it can also help to shake off any excess salt.

If you soak AND rinse the gammon, you will have better results.

3. Cook Gammon by Boiling It 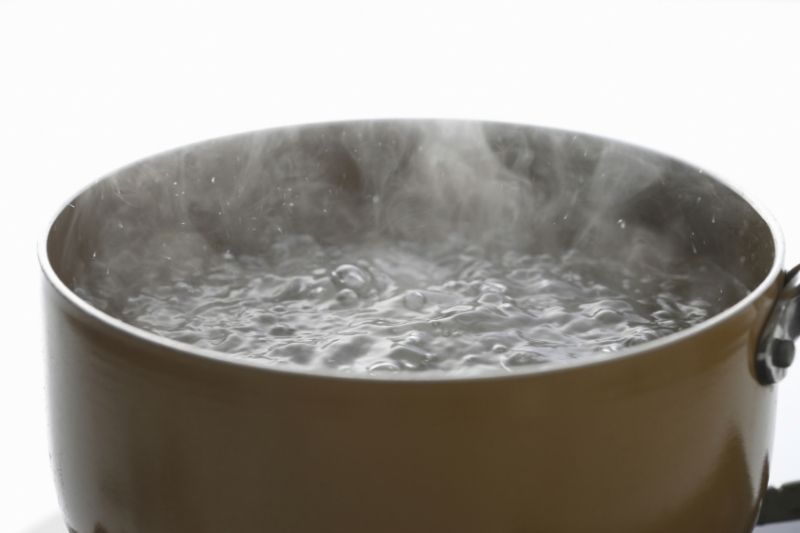 If you find gammon too salty, you could try changing your approach to cooking it. The best way to cook it, to reduce the salty flavour, is to boil it on the stove.

It is best to boil the gammon in smaller pieces to avoid having to cook it for too long. Smaller chunks will cook better and faster.

Boiling larger chunks or joints of gammon could result in it becoming overcooked, which will cause it to be very chewy, tough, incredibly dry, and all-in-all rather unpleasant.

The high acid content of lemon can help to reduce the salt content of gammon and other meats, and you can simply drizzle lemon juice on the meat once it has been cooked.

You won’t need a lot of lemon juice. Literally just a drizzle over and rubbed into the gammon once it has cooked and sat for a few minutes. You can serve it up approximately 10 or 15 minutes after the lemon juice has been added. 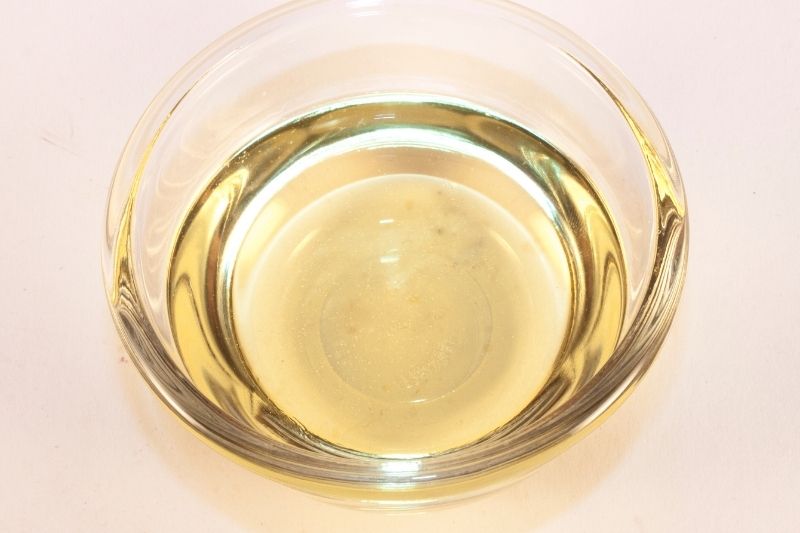 White vinegar works in very much the same way as using lemon juice after cooking, before serving.

You use the vinegar in the same way, too: drizzle and/or rub a little white vinegar over the meat around 10 or 15 minutes before you plan to serve it up.

Glazes, stocks, soups, and sauces that contain cider vinegar can also be beneficial in reducing the salty taste of a gammon dish.

6. Use Salty Gammon in Dairy-Based Recipes

Salty gammon can be made to taste less salty when it is used in recipes that introduce counteracting ingredients, such as cottage cheese, other types of cheese, cream, sour cream, etc.

This includes creamy (scalloped) potatoes, cheese-infused mashed potato, soups with a creamy base, and cauliflower cheese.

7. Add a Sweet Glaze to Gammon Before Cooking 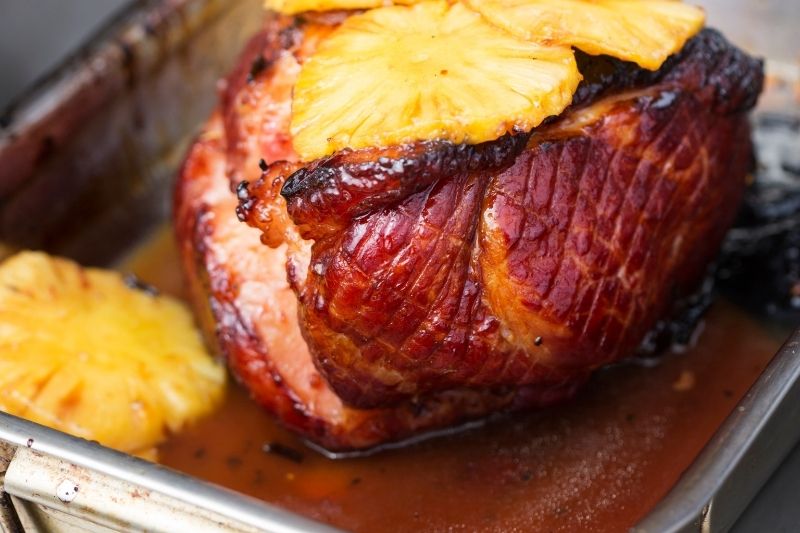 You can add glazes to hams and gammons, changing the flavour entirely. This can help reduce saltiness, especially if you use a sweet glaze, such as those made with honey, to counteract it.

Apricot-based glaze also makes a great addition to a gammon dish, alongside marmalade, maple syrup, spiced ginger, and others.

Cola and other fizzy drinks are often used in gammon and ham-based recipes, offering a way to increase the sweetness, bring a new texture and taste to your gammon dish, and reduce the salty flavour.

You use cola or other type of soda in very much the same way as you would use water to boil the meat.

You will need to ensure you have a large enough dish to contain enough of the drink to completely cover the gammon. A lot of the drink will boil away, leaving a sweet and sticky residue over the meat.

How to Check How Salty Your Gammon Is After Soaking 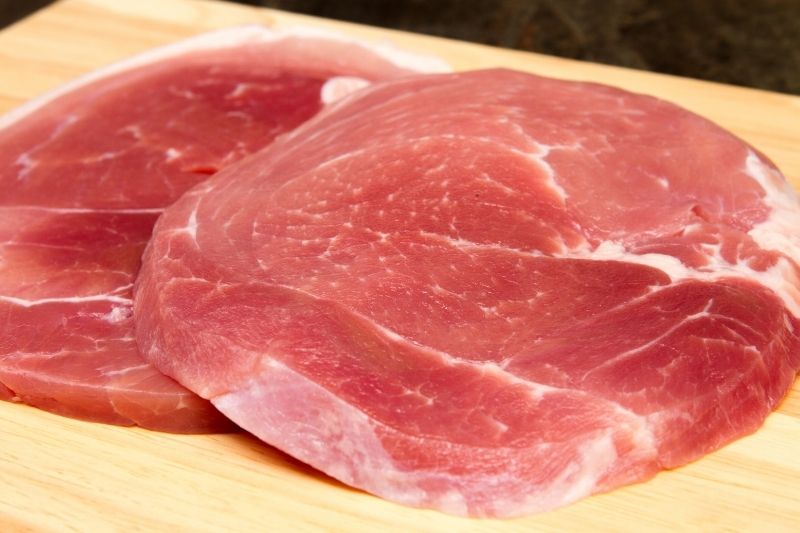 Before committing to cooking your gammon, you can check to see how salty is tastes to gauge whether or not it needs to be soaked for longer.

You will need to cut a small piece of gammon away from the raw, soaked joint, and then boil it in unsalted water.

After a few minutes, once you can see that the meat has been cooked all the way through, you can remove the small piece and then taste it.

If it is still too salty for your taste, place the still-raw gammon into cold water for a few more hours.

What Gammon Cure Is Less Salty?

As a general rule, mild cured gammon tends to be less salty than other types.

Gammon that is dry cured will generally absorb salt (and other ingredients) slower than wet cured gammon, which is submerged and left to sit in salt water, also known as brine.