Some chorizos need to be peeled while others can be peeled depending on personal preference.

The paper-like wrapper that coats many chorizos is either a natural animal casing or a synthetic wrapper, formed from cellulose, plastic or other materials.

What Is Natural Casing on Chorizo Made Of? 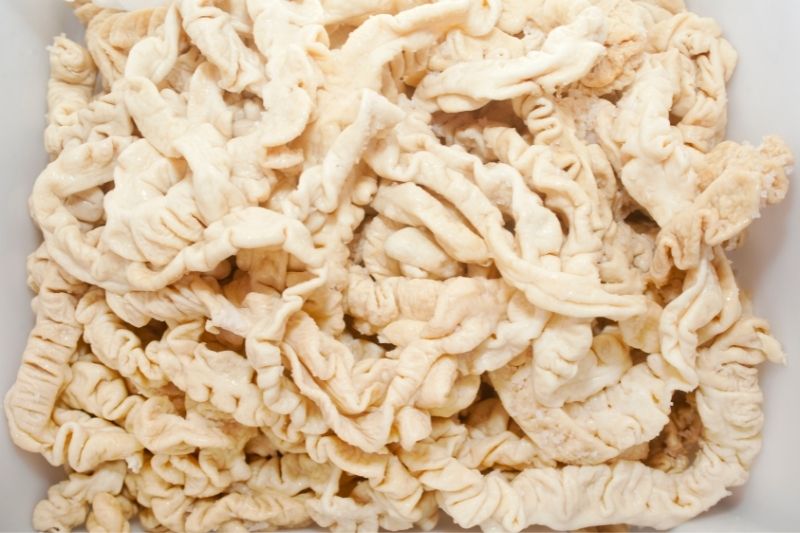 Traditionally, the casing or wrapper that surrounds and protects chorizo is pig intestine.

It’s a cheap, quick and effective way to protect the chorizo as it dries and ages. The intestine allows moisture to escape the chorizo while preventing pathogens from getting in.

This is often referred to as ‘natural casing’ on chorizo packaging. Chorizos wrapped in a natural casing are safe to consume; they do not need to be peeled.

Should You Peel Chorizo that Looks Mouldy?

Some naturally-cased chorizos develop a white, dusty coating with an appearance similar to powdered sugar.

This is a naturally occurring layer of penicillin mould. It’s common, and sometimes even expected, that an aged chorizo will have a thin layer of this mould surrounding its casing.

More expensive chorizos, including many Iberian chorizos, often have traces of this mould on the casing. This should be peeled away before eating.

The practice of using natural casings has declined in recent years as it’s increasingly common to find chorizos protected with plastic or cellulose (wood fibre) materials. 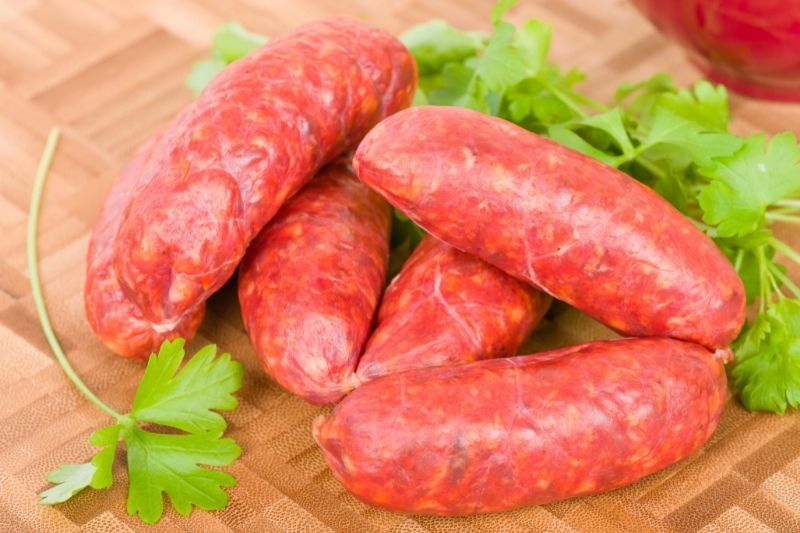 Sliced chorizo does not need to be peeled, as it does not have a casing. It can be eaten straight from the packet.

Candle-shaped chorizos, which usually have a length of around 40 cm, are equally common in the UK.

They are semi-cured or cured, allowing them to be eaten without cooking. These almost always have a wrapper or casing. Sometimes they have a horseshoe shape.

Remove this before cooking by gently running a sharp knife along the chorizo’s longest edge and peeling.

When eaten raw, the casing has an unpleasant taste and mouthfeel. However, some people choose to cook the un-peeled chorizo vela, as this can help to keep the cured meat intact during cooking. 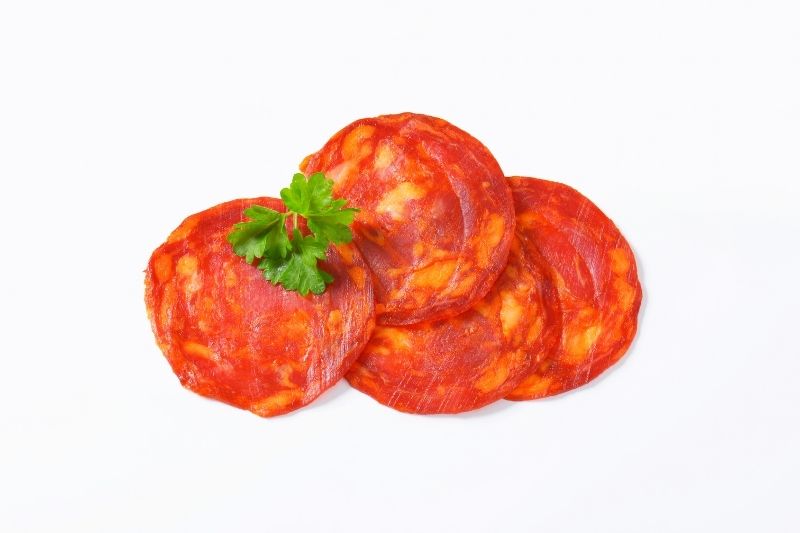 Iberean chorizo is a prized delicacy in Spain and abroad.

It’s revered as one of the tastiest types of chorizo. As a protected product, it can only be produced using free-range Iberian-breed pigs, fed exclusively with locally-sourced acorns.

Their meat is noted for its complex, nutty flavour and high fat percentage. Authentic Iberian chorizo must have a natural pork (intestine) casing. This should be peeled and discarded before eating.

The curing process can last many years, during which the casing contracts and hardens. This is discarded before eating.