Greek yoghurt differs from natural yoghurt as it is strained through a fine mesh to reduce the liquid content and this makes for a thicker creamier substance.

Greek yoghurt is lower in fat but higher in protein than natural yoghurt. Crème fraiche is a thick cream that is soured using cultured bacteria. It has a rich flavour and high fat content.

What Is the Difference Between Greek Yoghurt and Crème Fraiche?

Full fat crème fraiche has a fat content of about 30%, whereas full fat Greek yoghurt only has around a 12% fat content.

The fat content of crème fraiche means that it is heat stable and can be heated up without reacting to the temperature.

Greek yoghurt, on the other hand, is temperamental when heated and can split and curdle and therefore if you are using Greek yoghurt as a substitute for crème fraiche it will only work if it is not being heated up too hot.

Can Greek Yoghurt Be Used in Curry Instead of Crème Fraiche? 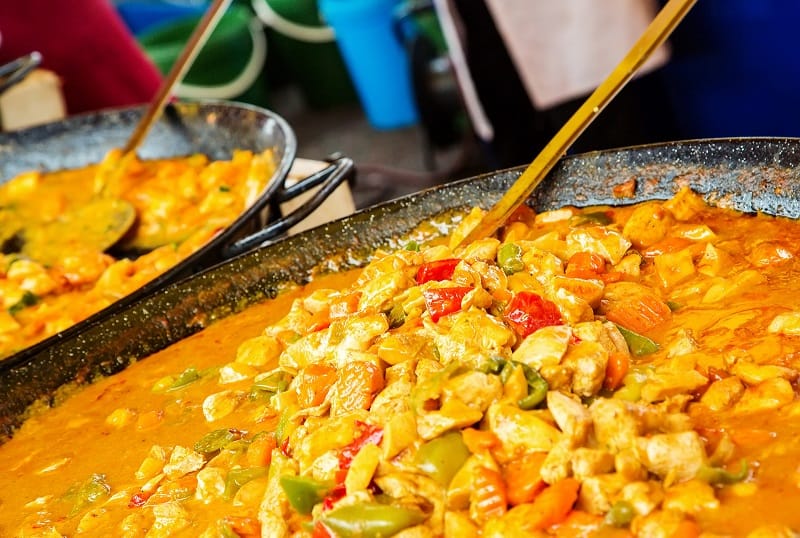 Many curry dishes use cream or yoghurts to add a thickness and creaminess to them whilst also adding a savoury tang and calm the heat of it.

Providing the Greek yoghurt is added to the curry once it has been removed from the heat it will work as a substitute for crème fraiche.

If you try to add the Greek yoghurt while the curry is still being heated, you will risk it splitting and ruining the curry dish.

Can Greek Yoghurt Be Used in Pasta Dishes Instead of Crème Fraiche? 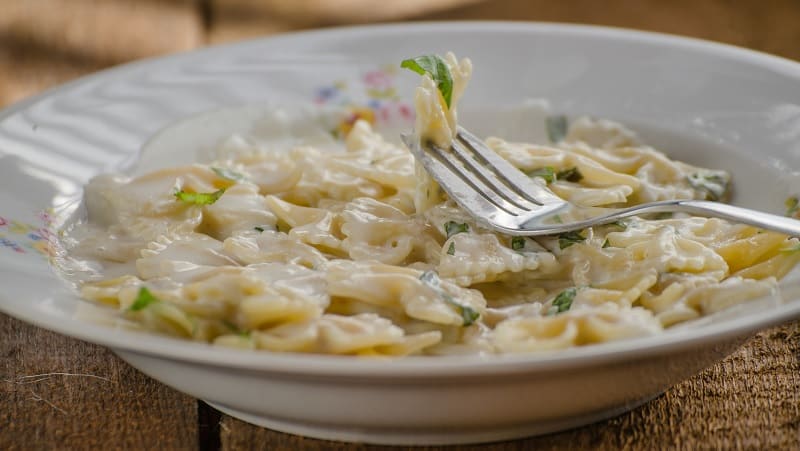 Cold pasta dishes or ones that are off the heat can work well with Greek yoghurt being used in place of crème fraiche.

Crème fraiche has a richer taste to it and a more luxurious feel to it, but both Greek yoghurt and crème fraiche have a slightly sour tang to them and so the flavours still work well when substitutes for one another.

What Else Can Greek Yoghurt Be Used as a Substitute For?

Greek yoghurt is very versatile and makes a handy substitute for several other items:

It is worth considering the role the Greek yoghurt will play in the dish and be aware of its instability at high temperatures.

What Are the Best Substitutes for Crème Fraiche Other than Greek Yoghurt?

The best substitutes for crème fraiche are: