The translation of the French crème fraiche is “fresh cream”. It is traditionally made using a 30% fat content cream which is then soured by the addition of bacteria in a starter culture.

The starter culture causes the cream to thicken and develop and results in a cream that is thick, creamy and with a slight sourness to it.

Double cream on the other hand has a higher fat content and is not cultured with any bacteria, so it does not have the same slightly sour taste.

Can You Use Crème Fraiche Instead of Cream? 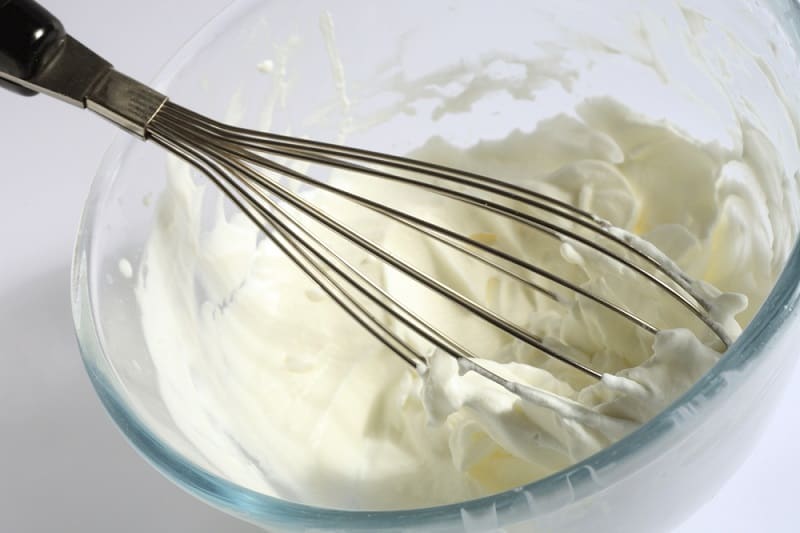 Yes, in many cases crème fraiche can be used as an alternative to single or double cream. However, bear in mind that it has a different fat content and taste to regular British cream, so your recipes may turn out a bit different to expected.

Crème fraiche is very versatile as it can be used hot or cold and used in either savoury or sweet dishes. You can also get low-fat and non-fat versions of crème fraiche.

Some of the most common uses of crème fraiche are:

As you can see many of these applications of crème fraiche align with the uses of double cream.

Whilst the taste profile of crème fraiche is different to that of double cream the high fat content and creaminess of it is similar enough that it can be substituted without much difference to the original recipe.

Can You Use Crème Fraiche in Curry Instead of Cream?

Many curry recipes call for a cream-based ingredient to help keep the curry milder and add a smooth creaminess to it.

Sometimes this ingredient is yoghurt, coconut milk or double cream, but these can all be substituted with crème fraiche.

Crème fraiche is stable when heated and will add a nice flavour to the curry and work just as well as another alternative.

Can You Use Crème Fraiche Instead of Sour Cream? 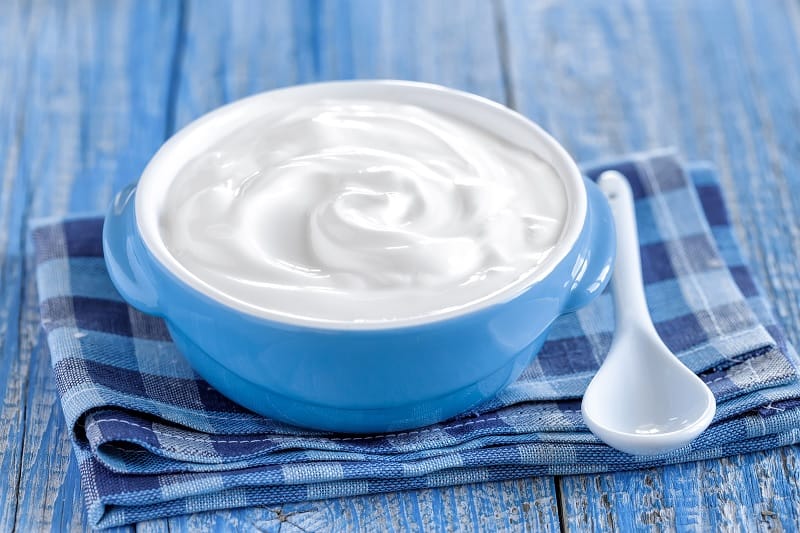 Sour cream has a lower fat content than crème fraiche and is higher in protein. It has a tangy taste that is caused by the addition of lactic acid.

Due to its 20% fat content, sour cream will curdle if it is heated or boiled.

Crème fraiche can be used as an alternative to sour cream in both hot and cold dishes. The flavour is not as strong, and it is a little thicker, but it works well as a suitable substitute.

Is Crème Fraiche a Healthier Alternative to Double Cream?

Creme fraiche has a lower fat content and a lower calorie content than double cream, so it could be argued that this makes it a healthier alternative.

Double cream is nearly 50% fat whereas crème fraiche is around 30% fat, so the difference is quite significant.

However, both are still high in fat so if you are looking to reduce your fat content, switching to a natural fat-free yoghurt would be a more worthwhile swap than switching to full-fat crème fraiche from double cream.

There are low fat and 0% fat crème fraiche alternatives on the market. These work as a healthier alternative to double cream, especially if you are looking to greatly reduce the amount of fat that you are eating.

What Other Cream Substitutes Are There?

There are a few alternatives to crème fraiche though it is worth noting that it would depend on the recipe as to which alternative is best suited.