While no one can deny that the microwave is the fastest way of reheating leftovers or cooking beans, many folks argue about whether we should be saying “microwave” or “microwave oven”.

Chef’s Pick has taken deep dives into cooking questions like this many times. We’ve often found that these cooking debates are confusing and can bring into question the very basis of cooking itself.

This one, though, is really straightforward, thankfully.

No, there is no difference. Some people call this kitchen appliance a microwave, while others prefer to call it a microwave oven.

There is absolutely no difference in the appliance at all. It cooks food using (you guessed it) microwaves.

So, whether you like to call that metal box in the corner of your kitchen a microwave or a microwave oven, do so freely.

There is no right name to call this appliance unless you call it a fridge, because it does the complete opposite of a fridge!

So, now we’ve put this debate to bed, let’s explore the microwave some more, shall we? 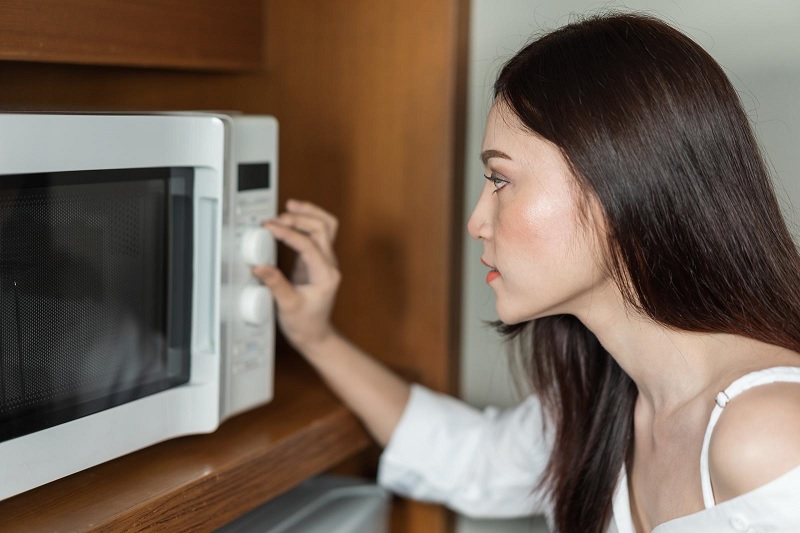 A Brief Look at How Microwaves Work

We’re not scientists here at Chef’s Pick, but we’ll try our best to tell you how a microwave works because it’s kind of interesting.

A microwave oven produces short electromagnetic waves in an electron tube called a magnetron. You’d be forgiven in thinking that magnetron is the next villain that Spiderman has to face, though.

These microwaves then bounce around the inside of the microwave oven and reflect off of the metal walls of the appliance.

They bounce, and they bounce, but once they come into contact with food, they are absorbed. The microwaves cause the water inside the food to vibrate, and this causes heat.

Yes, that’s right, your food is being cooked by vibration using a magnetron! 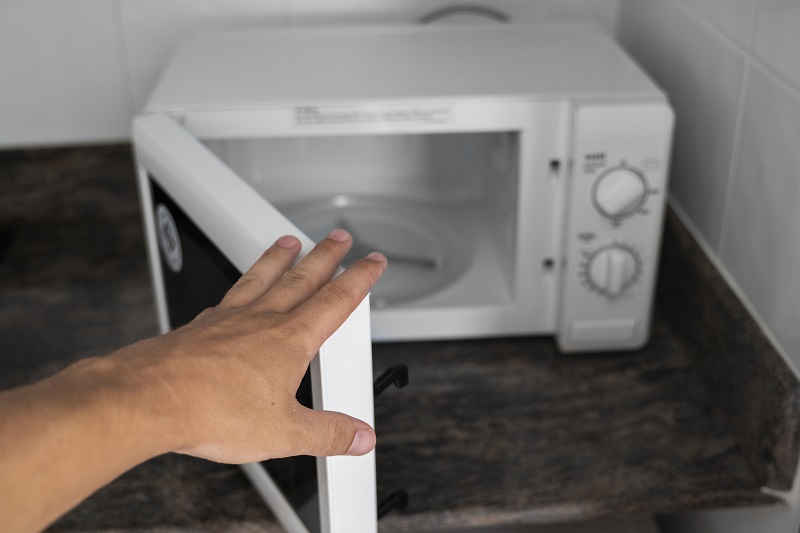 A Quick History of the Microwave

All of this sounds like space-age technology, right? Well, microwave ovens were actually first invented in 1947, and the first domestic microwaves were available to buy in the US in 1958.

For some unexplained reasons, the first domestic microwaves available in the UK were sold in 1974. Pretty crazy when you think about how many baked beans have been cooked in microwaves ever since in the UK!

Now, there were commercial microwaves available in the UK from 1958 (1955 if you needed to microwave beans on a large scale in the US).

However, one of the first-ever commercial microwave ovens was 6ft tall and weighed 340kg. So, not the space-saving, counter-top microwaves we’re used to now. This microwave also cost nearly £4,000 back then. That is roughly £45,000 in today’s money! No one likes beans that much, surely!

So, there you have it, microwaves that wouldn’t fit in a kitchen and microwave ovens that would make a millionaire think twice.

The next time you need to vibrate some food until it’s hot, don’t be afraid to call that appliance whatever you like.

Whether you call it a microwave or a microwave oven, say it with heart, and say it proudly, as its vibrations warm your leftovers and your family looks on lovingly confused.