Dutch ovens and casserole dishes are both large pots designed for cooking, so surely there can’t be much of a difference between the two, right?

Well, it depends on who you ask… There’s no official definition of what Dutch ovens and casserole dishes are, and often the two terms are used to refer to the same thing.

What Is a Dutch Oven? 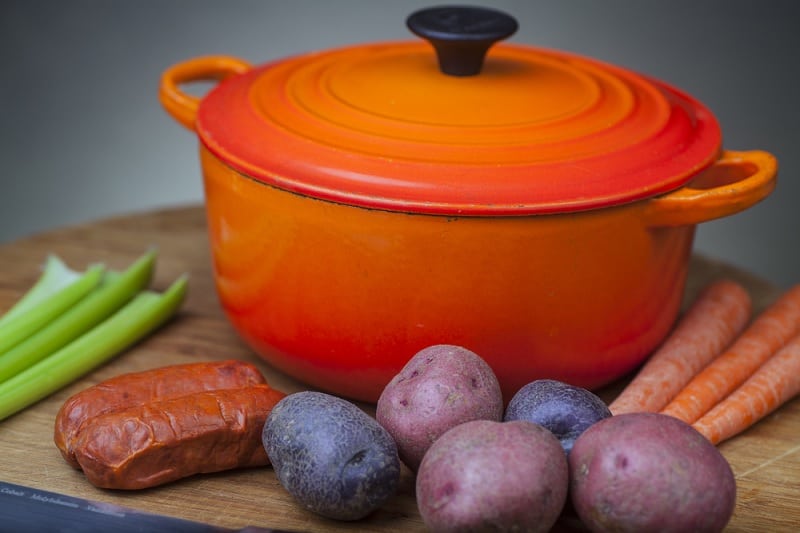 First of all, a Dutch oven isn’t an oven! The term “Dutch oven” usually refers to a large, thick cast iron pot with a lid. It can be used either on the hob or in the oven. It is usually round, but can be oval-shaped.

Typically, Dutch ovens are made from cast iron. But more modern variations can come in ceramics or aluminium. Dutch ovens are one of the more traditional cooking vessels, dating back to circa 1710.

While the manufacturing process used to make Dutch ovens was inspired by brass-working techniques in the Netherlands (hence the name), the cast iron Dutch oven was actually developed by Abraham Darby and James Thomas, who were English and Welsh respectively.

Old-fashioned Dutch ovens often had little legs and resembled cauldrons in looks. The modern equivalent of these is outdoor Dutch ovens, which are used for camping. These rugged Dutch ovens have legs and large handles, making them quite different to the sort of Dutch oven you would use at home.

As with most cast iron items, Dutch ovens need to be seasoned occasionally to maintain them.

What Is a Casserole Dish? 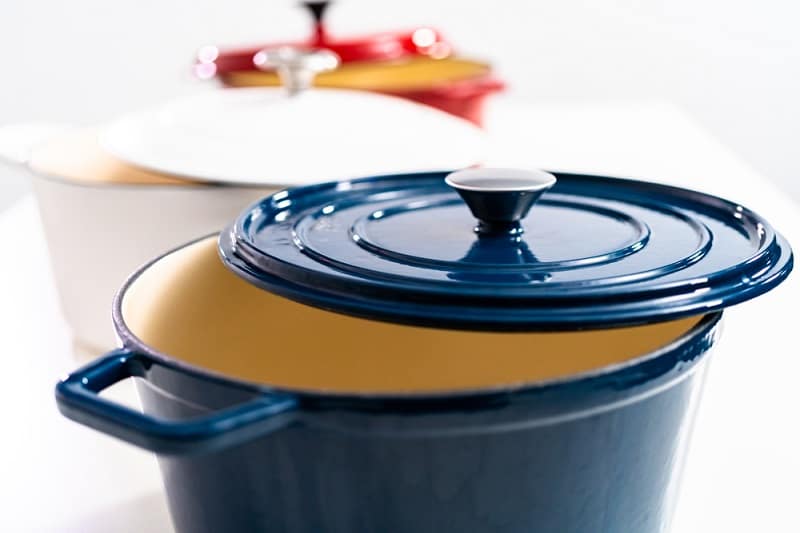 The term “casserole dish” is less clearly defined than “Dutch oven”. Sometimes it refers to exactly the same thing as an indoor Dutch oven: a thick, lidded cooking vessel usually made of cast iron.

Many manufacturers use the terms interchangeably, and you will often see “Dutch oven/casserole dish” in product descriptions.

Definition 2: A shallower dish that goes in the oven 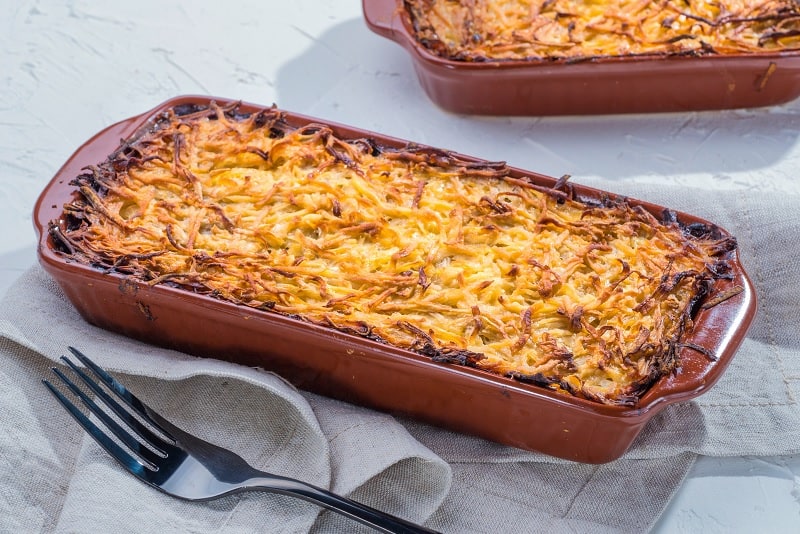 Another definition of “casserole dish” is a shallower, often oval-shaped or rectangular dish that goes in the oven rather than on the hob. This is traditionally the type of dish you would put in the oven to cook a casserole in, whereas a Dutch oven would be used for things like stews which are cooked on the stovetop.

Most modern casserole dishes of this type are made from heat-proof glass, but can come in ceramics, aluminium, cast iron, or earthenware material.

Casserole dishes are popular in many homes because they can be used to both cook and serve with. They usually fit in the fridge, allowing you to keep any leftovers for the next day.

Casserole dishes of this type aren’t designed to cook foods on top of the stove. This is the key difference between a Dutch oven and a casserole dish.

Which Is Better – Dutch Oven or Casserole Dish?

The answer to that depends entirely on your needs and personal preferences.

It is undeniable that the Dutch oven is the most versatile of the two since it can be used both on and inside your cooker, as well as being ideal for alfresco cooking, meaning it is usually favoured by outdoorsy types.

As with many cookware questions, the answer depends on who you ask. Some people use the terms “Dutch oven” and “casserole dish” interchangeably to refer to a large cast iron pot that can go on the hob or in the oven.

For other people, “casserole dish” strictly refers to something that is designed to go in the oven and not on the stove.

There is no better or worse item of the two, but the Dutch oven is more versatile.