Most home chefs know about cast iron. Many of us have used cast iron and may own one or two pieces of cookware made from cast iron.

It is one of the best materials to make cookware out of, and even some of the most coveted cookware in the world (Le Creuset cookware) is made from it.

Carbon steel isn’t as widely used in home kitchens but is used almost exclusively in professional kitchens. Why is this? Is carbon steel better than cast iron, and are we missing out on something? Let’s find out.

What Is Cast Iron? 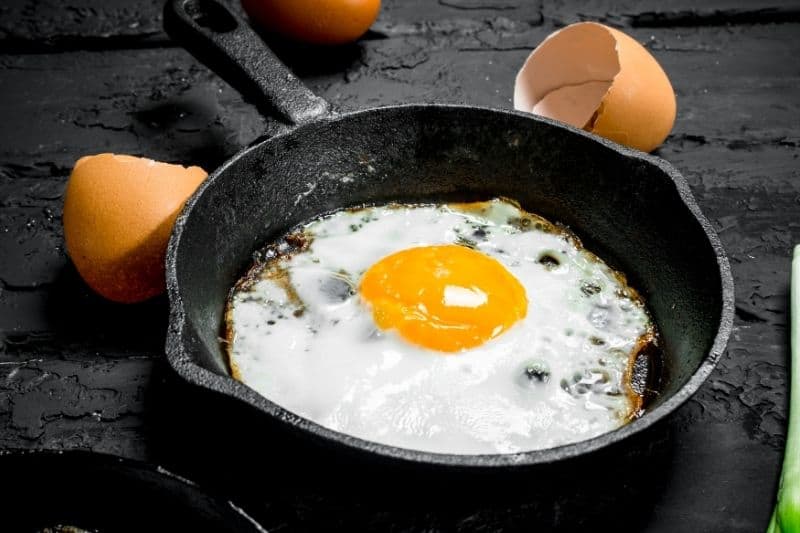 Cast iron is made from iron and carbon, much like steel. Steel, however, has a much lower carbon content than cast iron. Cast iron pans have a carbon content of 2 to 3.5 percent, while steel is less than 2 percent carbon.

It is the carbon that gives cast iron its iconic bumpy texture. It is also the reason why cast iron is so brittle.

Cast iron is the heaviest cookware you can buy (if you compare a cast iron pan to a carbon steel pan, for example, the weight difference is striking). But cast iron needs to be thick. If it were any thinner, it would break because of how brittle the carbon makes it.

Carbon is also a very poor conductor of heat. This is why cast iron takes a long time to warm up, but thanks to the thickness of these pans, it also stays hot for much longer than most pans.

What Is Carbon Steel? 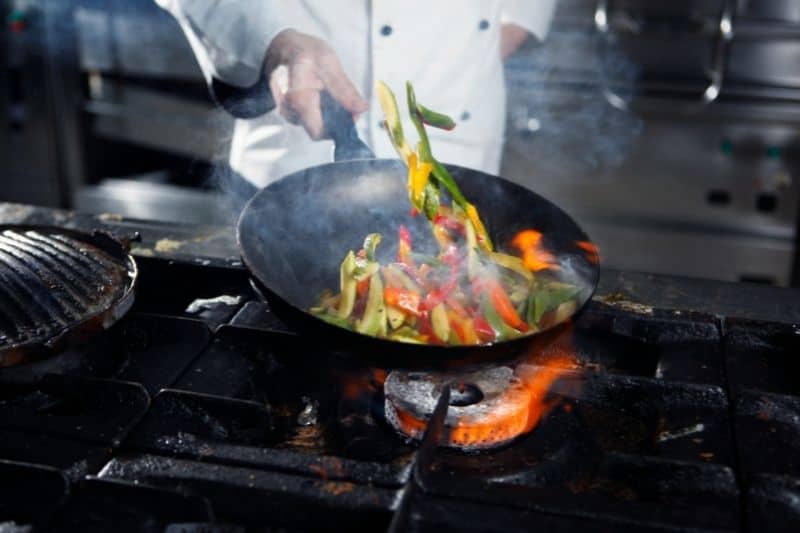 Carbon steel is also an alloy of iron and carbon, but it has less than 2 percent carbon in it. This means that carbon steel pans can be much thinner than cast iron. As there is less carbon in the metal, it is much stronger and more pliable; thus, it won’t shatter like cast iron will.

Just like cast iron, carbon steel will rust, but when seasoned correctly, you can protect both of these pans.

Because carbon steel pans have less carbon in them than cast iron, they heat up much quicker (this is also due to them being much thinner too). However, this heat isn’t held very well by the thin metal, so constant heat is needed to keep them hot. 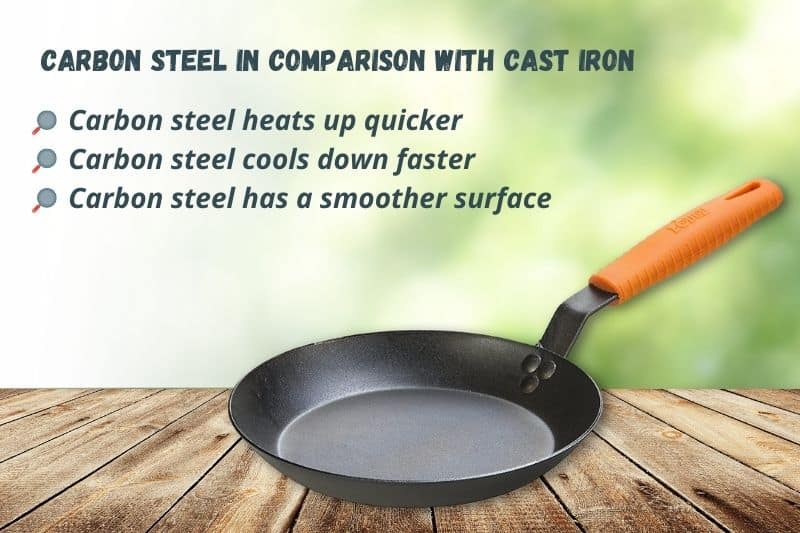 Carbon steel and cast-iron cookware is extremely comparable, with a few differences that can sway folks either way.

One of the biggest reasons professional chefs use carbon steel pans is that they heat up extremely quickly. In a busy kitchen, things need to happen fast, which is why most chefs choose carbon steel.

Many pros would happily use cast iron if they weren’t in such a rush to get things cooked and out to customers. Carbon steel, though, cooks quickly and responds very fast to heat changes. So, it is ideal when cooking fast is on the menu.

These quick temperature changes can make the difference between burning your food and cooking it to perfection.

Carbon steel has a smoother surface

If you’ve used cast iron cookware before, you’ll know about the iconic bumpy surface. This is due to the carbon. This can make delicate cooking very tricky.

So, things like eggs and fish are very hard to cook on cast iron. Carbon steel has a much smoother surface than cast iron, so cooking any delicate stuff in these pans is a lot easier.

Carbon steel is extremely similar to cast iron, and both are really solid choices for your kitchen. If you love cooking quickly, carbon steel is the perfect choice for you. If speed isn’t a concern, cast iron is the go-to for most.

Carbon steel pans are brilliant alternatives to cast iron in certain situations (namely, when you need to be quick). If you aren’t in a rush, though, give cast iron cookware a try, you’ll love it!