Also, if there are electric ovens that don’t have fans, are they better or worse than ones that do have a fan?

So many cooking questions! If only buying a new oven was easy, right? Well, today, we’re making buying a new electric oven easy with our handy guide to these ovens and what all of this cooking lingo really means.

The Difference Between a Fan Oven and an Electric Oven

As the name suggests, a fan oven has a fan in it. As the heating element heats up the air inside the oven, the fan recirculates the hot air. This prevents cold spots from forming in the oven and allows food to cook more evenly.

So, with a fan oven, you can use all of the shelves you have and won’t notice much temperature change in the top or the bottom of the oven. 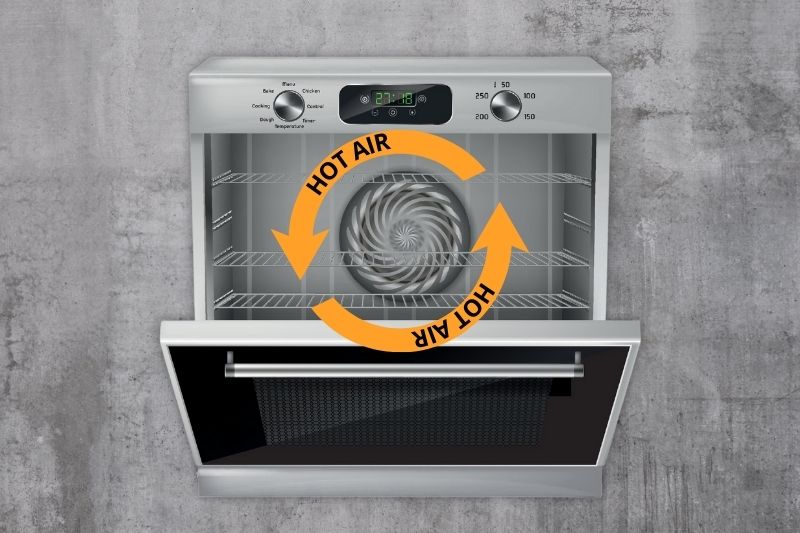 A regular electric oven (or conventional oven) has the same heating elements as a fan oven but without the fan itself. These heating elements are usually in the top or bottom (sometimes both) and heat the oven up to the desired temperature.

Without the fan, though, the heat can spread out to the top and sides of the oven and cause cold spots. This effect is reduced if there are heating elements in the top and bottom of the oven, but it is still noticeable in most of these ovens.

So, while both regular electric ovens and fan ovens have heating elements, they do differ slightly. Fan ovens take less time to get to temperature because the fan is spreading the heat around.

They also stay at an even temperature, making cooking and baking much more controllable.

A fan oven is much more energy-efficient than a conventional oven because it circulates the hot air faster. This means that cooking times are reduced because the entire oven is at the same temperature. 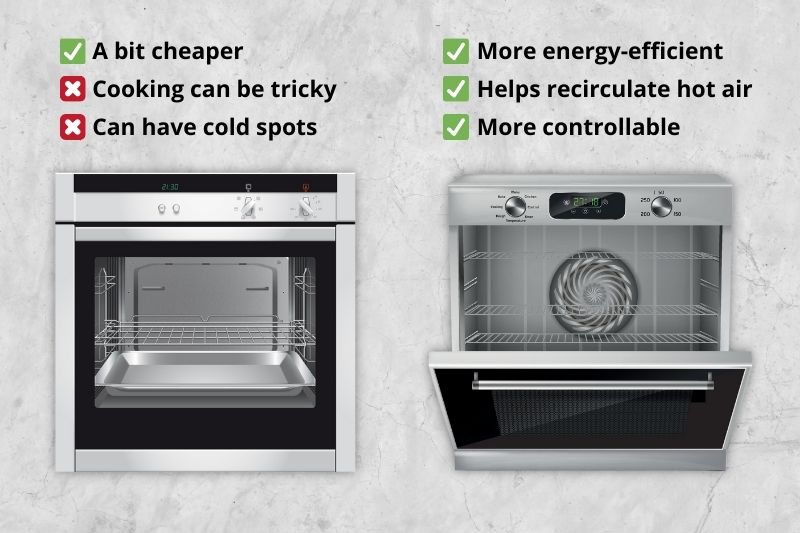 Conventional ovens tend to be a bit cheaper than fan ovens. However, they will likely cost you more in energy bills over their life span than a fan oven.

Having used conventional and fan ovens throughout my life, I can say with certainty that I would always choose a fan oven over a conventional oven. They are so much more controllable and make cooking and baking really fun.

Plus, fan ovens are really not much more expensive than a conventional oven nowadays too, and they will save you some pennies on your energy bills too.

So, if you’re buying a new electric oven, we would recommend a fan oven. They are excellent for all cooking tasks and will speed up your meal times nicely too.

If you’re not sure whether or not your oven is a fan oven, check out our handy guide here.