There’s nothing worse than preparing a dessert that requires whipped cream only to find that you have none in your fridge. You have a tub of single cream hiding away in there, though…

Can you whip single cream and use it instead of whipped cream in your sweet treats?

Can Single Cream Be Whipped?

There are many differences between the types of cream you can buy, and each different type offers a dish very different things.

Single cream is great for pouring over a cheesecake, dunking your profiteroles in, adding to your coffee after dinner, or even dipping your strawberries in during summer. It is more like a thicker version of milk than thick cream.

Single cream is not great for recipes or desserts that require whipped cream, however. It will not behave in quite the way you’ll want it to.

What Happens When You Whip Single Cream?

In reality, very little will happen when you whip single cream. After a while, it might start to turn frothy.

It also might start to thicken a tiny bit. But, if it’s a good, firm whipped cream you’re hoping for, single cream is not going to be able to deliver.

It just doesn’t have the right consistency, or fat content, to become firm with whipping.

What’s the Difference Between Single Cream and Whipped Cream?

When it comes to cream, one of the biggest differences between all of the difference types is the milk fat percentage.

Single cream has a fat percentage of around 18% in the UK.

In America, “half-and-half” (the equivalent of single cream), has a fat percentage of around 10% to 18%.

Whipped cream, on the other hand, has a much higher fat percentage—between 30% to 40%.

It is the fat content that makes a cream ‘whippable’. The lower the fat percentage, the harder it will be to whip the dairy product into a thicker product.

The higher the fat percentage, the easier it will be to whip. This is because the whipping action forces air bubbles to get between the molecules of fat.

When there isn’t a high fat content, there is less for the air bubbles to get trapped between. 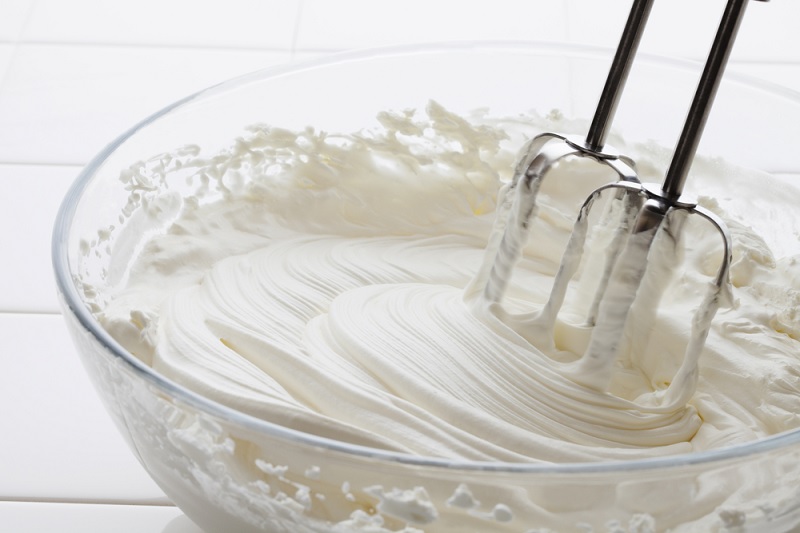 Can You Whip Double Cream?

Yes, you can whip double cream. Double cream has a fat percentage of around 40% to 50%, giving the air bubbles plenty of fat molecules to get trapped between.

If you require whipped cream but can’t get your hands on it, whipping double cream, either manually or with a mixing machine, will give you the desired results.