Dairy forms an important part of many recipes, and there’s nothing quite like the addition of cream to a dish. Whether you’re cooking either a sweet or savoury recipe, cream can add a depth of flavour and a decadent, rich texture.

But not all creams are created equal and choosing the wrong one can destroy your culinary masterpiece.

The problem is that recipes from around the world often use different terms for everyday items, including cream.

Thickened cream is one ingredient you may see included in recipes, but you won’t find any products in the supermarket labelled as “thickened cream”.

So, what is this mystery ingredient and what can be used in the UK as a substitute? Below you’ll find the simple solution.

What Is the UK Equivalent of Thickened Cream?

You might not be aware but every type of cream in the UK has a legal definition; manufacturers have to meet the standards to be able to label their cream in the right way.

This information is really useful if you’re trying to work out the UK equivalent of a type of cream used in another country.

When you find out the fat content, it’s relatively easy to figure out what type of UK cream would be the closest match.

Therefore, if you’re in the UK and a recipe needs thickened cream, you can buy whipping cream and whip it to the required thickness.

Is Thickened Cream the Same as Double Cream?

Both thickened cream and double cream are a type of heavy cream that can be used in recipes which need a spoonable cream which won’t run everywhere.

However, double cream has a much higher fat content, which means it has a much richer, creamier taste. This doesn’t mean that it can’t be substituted for thickened cream, but you’ll be adding a lot more calories and creating a richer result.

Double cream can also be whipped, just like thickened cream, so it can be a good match to create the desired texture.

You will need to exercise a little caution if you’re using double cream as it can easily be over-whipped and begin to split. Watch your cream carefully as you whip it and stop as soon as you reach the thickness you need. 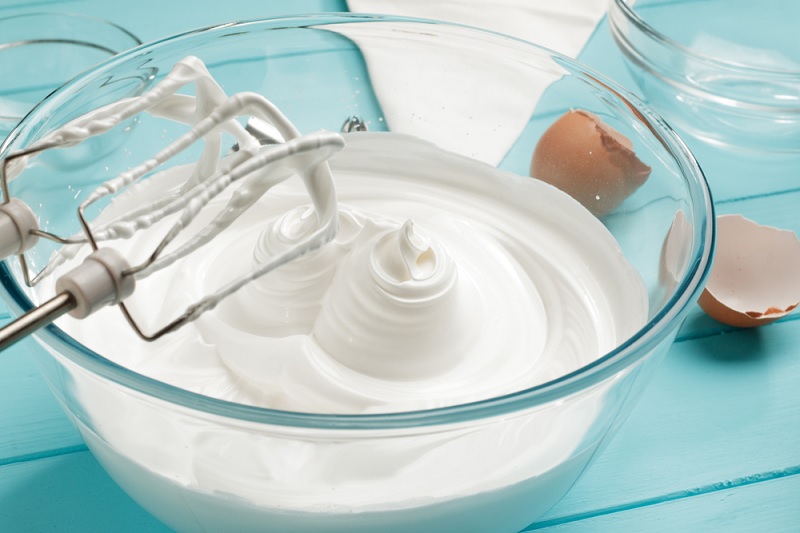 Can I Substitute Whipping Cream for Thickened Cream?

In the UK, whipping cream is the closest equivalent to thickened cream and can be used as a direct replacement in recipes.

As the name suggests, whipping cream can easily be whipped which enables you to achieve the exact thickness you need for your dish.

The fat content of whipping cream and thickened cream is the same, so the flavour will be exactly as intended.

The only difference between whipping cream and thickened cream is that the latter has a thickener added. By whipping your whipping cream, you can achieve the same result.

What Is a Substitute for Thickened Cream?

In the UK, whipping cream is the closest thing to thickened cream and can be used in any recipes which requires thickened cream. You may need to whip the cream first to get the required thickness.

In some recipes you may also be able to use double cream as a replacement. This can also be whipped to increase the thickness. However, as double cream has a much higher fat content it might not be suitable for all dishes.