Pasta comes in many shapes and forms, and it’s a very popular food all around the world. Quick to cook, a bowl of pasta can be ready in less than 10 minutes making it the ideal convenience food.

You can buy pasta that’s ready to cook at the supermarket. There is either the dried type which is found on the supermarket shelves along with other cupboard ingredients such as rice or fresh pasta which is kept in the chiller. It’s also possible to make your own pasta at home very easily.

Dried pasta isn’t particularly appealing to eat raw because it is very hard and crunchy. However, raw pasta is soft, doughy and smells delicious so may be harder to resist.

But what happens if you pop some pasta in your mouth before it’s cooked, or your child eats a lot of it? We run through the facts you need to know.

Is Raw Pasta Safe to Eat?

You’re less likely to be eating raw pasta if it’s dried because each piece will be hard, brittle and difficult to chew. If raw pasta is eaten in its dry form, the main risk is a sharp bit piercing your digestive tract.

Raw, fresh pasta is a different matter. It contains large quantities of something known as “anti-nutrients” which are mainly phytates and lectins.

These can cause inflammation in the body, upset the balance of enzymes and damage the lining of your intestines.

Phytates also stick to essential minerals within the body, such as calcium and iron, making it impossible to absorb them.

If you eat raw fresh pasta regularly, you can become unwell due to mineral deficiencies. 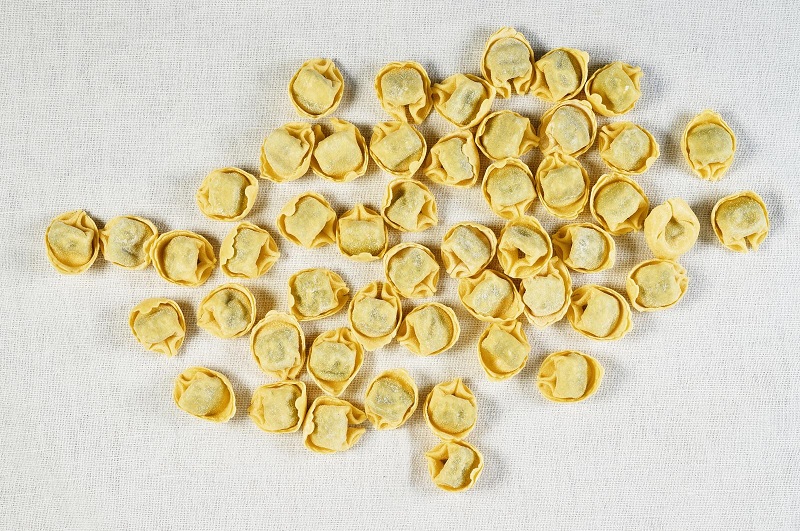 Your body has to work extremely hard to try and digest the starches within raw pasta.

Most of it will pass through your digestive system without being broken down, but the extra work can cause stomach ache, cramps and flatulence.

The main problems from pasta come from your body’s inability to process it. However, there is also an outside chance that you may develop salmonella due to the raw eggs contained in the dough.

If the dough has picked up any other bacteria or germs from the surface while being rolled out, this may also make you unwell.

Cooking the pasta typically kills off any bacteria but eating it raw gives the germs free access to your body. 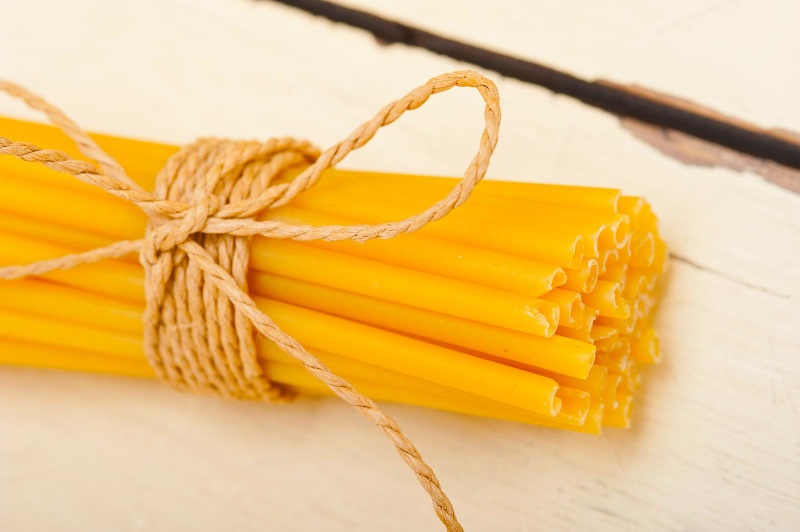 Is Undercooked Pasta Ok to Eat?

There’s a difference between eating raw pasta and undercooked pasta; the latter is far preferable to the former, but neither are ideal.

While raw pasta can make you unwell, undercooked pasta won’t affect you to the same degree.

You may not be able to get the optimal range of nutrients from undercooked pasta as your body will have to work harder to digest it. However, pasta which is a bit undercooked doesn’t carry as many risks as eating it raw.

It’s also worth mentioning that not everyone agrees on when pasta is cooked. Many people eat pasta “al dente” which means a firmer texture.

If you prefer your pasta to be softer, you can get the desired texture by cooking it for slightly longer.

It’s possible that while you think the pasta is undercooked, someone else thinks it’s perfectly al dente.

Does Eating Raw Pasta Give You Worms?

To keep little fingers away from fresh dough, many people were warned as a child about the dangers of getting worms from eating raw pasta. This urban myth continues to do the rounds with many adults still believing it to be true.

Worms need living material to survive, and can be passed on through foods such as fish, pork, beef, chicken etc. You won’t find them in pasta and you won’t get them by eating raw or undercooked pasta.

You can get certain types of weevils, a tiny type of beetle, in dried pasta. They aren’t toxic and you won’t get ill from eating pasta that’s been infested with weevils, but you may notice an unpleasant taste.