In the modern world, we are blessed with an abundance of different oils for cooking, providing lots of versatility and choice.

But for many chefs, professional chefs included, rapeseed oil comes top of the list. Renowned for its high smoke point and very low levels of saturated fat, refined rapeseed oil is also flavourless which makes it ideal for using in cooking.

Is there any other oil which could be used instead of rapeseed oil? Or maybe a different type of substitute? Here’s a closer look at what’s available.

Can You Substitute Butter for Rapeseed Oil?

In cake recipes, butter and oil are often used to impart moisture.

It has become common to switch out the butter to replace it with rapeseed oil due to the lower fat content.

However, it’s perfectly possible to do the same in reverse and change the rapeseed oil back to butter, should you prefer.

This won’t work for all uses of rapeseed oil because the smoke point of butter is very different (230°C compared to 150°C).

So, butter can be used as a replacement for rapeseed oil in cooking, but only in certain recipes, and never for deep-frying. 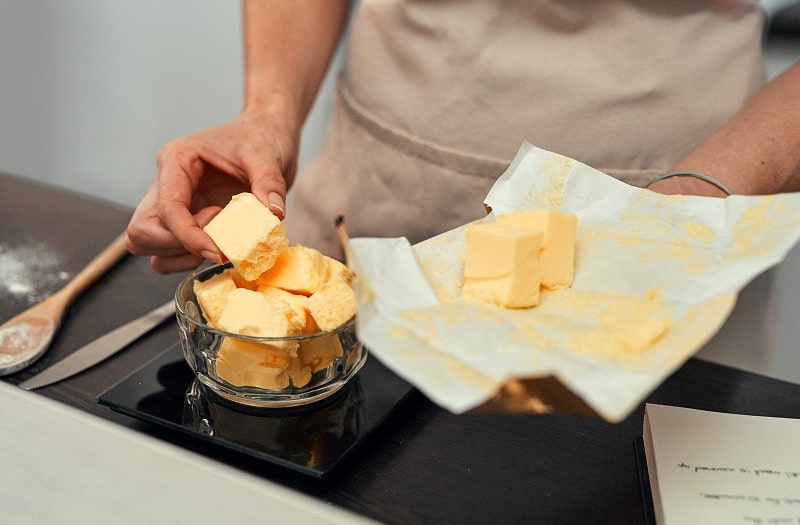 What Oil Can You Use Instead Of Cold-Pressed Rapeseed Oil?

There are two different types of rapeseed oil used in the culinary world: refined and cold-pressed.

The former is flavourless and used for cooking while the latter has a nutty, mustard flavour and is used as a dip, just like olive oil.

The qualities of refined and cold-pressed rapeseed oil are very different and they cannot be interchanged.

However, there are a number of other cold-pressed oils which could be used instead of rapeseed as a salad dressing, or for dipping breads.

Olive oil is the obvious replacement and one that’s extremely popular.

Other options include pumpkin seed or avocado oil; the former offers a nutty flavour while the latter has a smooth, grassy taste, almost like a milder avocado.

Is There a Difference Between Rapeseed and Canola Oil?

Rapeseed oil is produced from the familiar golden yellow flowers which can be found in many fields during the British summertime.

Rapeseed oil is also produced in many other countries around the world, notably Canada where the name canola comes from.

In the UK, the terms canola oil and rapeseed oil are used interchangeably although in practical terms, only the latter is typically used.

In other countries, canola oil refers to the edible version of the oil while rapeseed is a term for the oil used in industry.

Canola oil isn’t an alternative to rapeseed; it’s the same oil with a different name.

What Oil Is the Best to Cook With?

Rapeseed oil is so popular because it can be used in many different types of cooking.

With a high smoke point it can be used for deep frying, while the absence of flavour means that it’s perfect for sautéing and shallow frying.

Vegetable oil is probably the most similar oil and offers the same degree of versatility. It has a high smoke point, making it suitable for deep frying, as well as other types of cooking.

In some cases, vegetable oil may be made from refined rapeseed oil but it’s not always the case.

Vegetable oil may also include soybean, corn, sunflower, safflower and palm oils, or sometimes a combination of oils.

You can see which types of oil have been included by checking the ingredients on the bottle.

Another alternative is sunflower oil, which has a slightly lower smoke point but is still suitable for deep frying.