Non-stick pans have been the topic of much debate in the last few years regarding their safety (or lack of), but if there’s one thing we can all agree on, it’s that once you’ve used a non-stick pan for cooking, the idea of going back to a more traditional (and muckier) pan holds little appeal.

So how can we continue using these beloved and controversial items without putting our health at risk? This article delves into the safety of non-stick pans, the potential risks, and the alternatives available to you.

There’s no doubt about it, non-stick pans are a godsend for the kitchen whiz (particularly those who aren’t too keen on the clean-up side of cooking!)

While non-stick pans have numerous benefits (easy cleaning, less food sticking, less requirement for cooking oils/butter, to name but a few), many consumers have raised concerns about the potential toxicity of the chemicals used in the coating on many non-stick pans.

So, the burning question (bad pun intended) is: are non-stick pans really that safe?

What Are the Risks Involved with Non-Stick Pans? 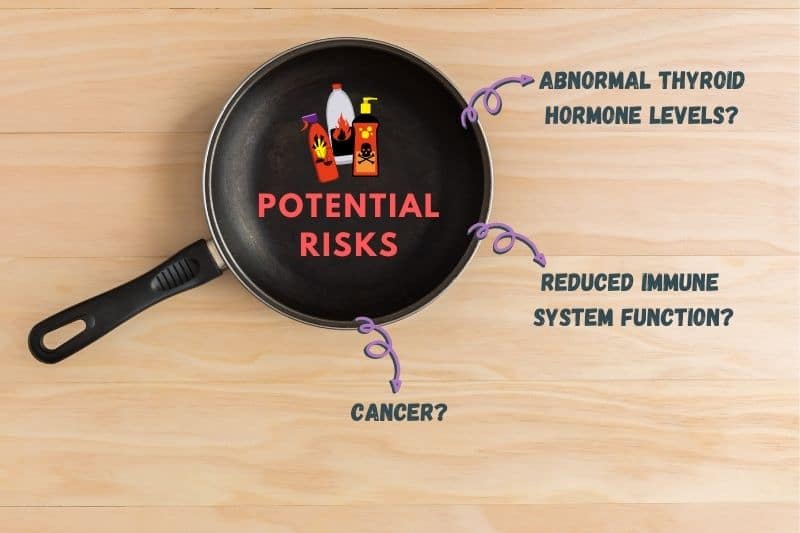 Many non-stick pans are manufactured using per- and polyfluorinated compound chemicals (PFASs), which are used within coatings on objects intended to be non-stick, stain-resistant, and/or waterproof.

These chemicals have sparked criticism for being potentially harmful for the environment, as well as human health, with some studies linking them to abnormal thyroid hormone levels, reduced immune system function, and even cancer. 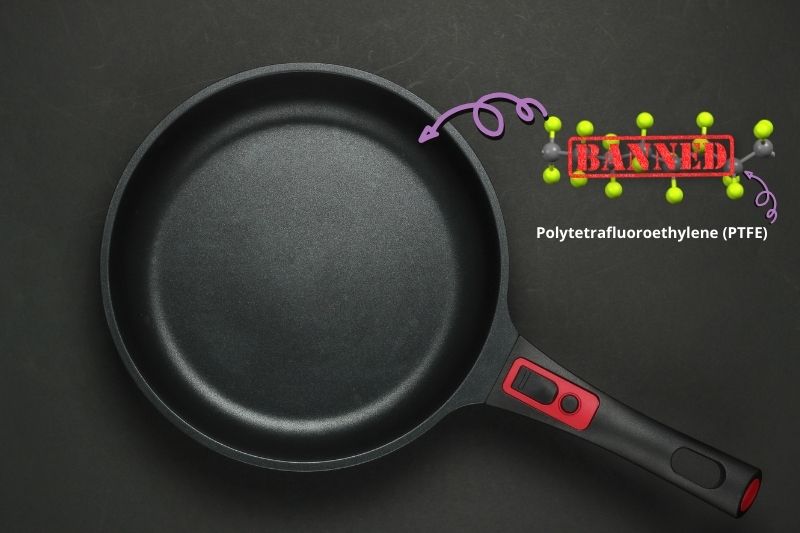 Teflon is a well-known name for a chemical used within non-stick coatings, which is a man-made substance known as polytetrafluoroethylene (PTFE).

This chemical has been linked to multiple serious health risks and so was subsequently banned in the UK in 2008 from being used within cookware manufacturing.

Another known coating chemical is Perfluorooctanoic (PFOA), which was banned in the EU, as of 4 July 2020 under Annex XVII of the REACH Regulation.

That said, there are still other non-stick cooking products available, as non-stick coatings can be created without PTFE or PFOA.

Should We Be Worried? 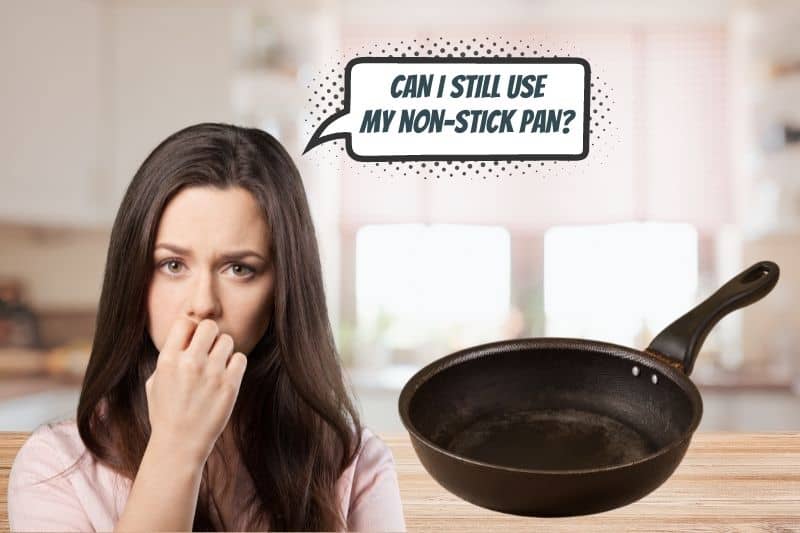 Many cookware products do not disclose the chemical usage information on their items, and whether or not they use PFASs/other potentially harmful chemicals.

So if you feel you cannot conduct your culinary masterpieces without the use of non-stick pans, it is encouraged that you do your research on the known PFAS-free products that are on the market.

It is also recommended that if you wish to continue using your non-stick pan, you should adhere to the following advice:

The good news is there are non-toxic alternatives to the traditional non-stick pan, so post-cooking cleaning doesn’t have to be a tedious affair!

However, if you are worried about the chemical safety of your non-stick pans, and would rather not risk it, it is advisable to avoid them altogether and stick with trusty cast iron or stainless-steel number.