If you’re looking for a cooker hood, you may be wondering which cooker hood to choose. After all, there are recirculating and extractor cooker hoods.

What Is a Recirculating Cooker Hood?

A recirculating cooker hood sucks up and cleans the air from your cooker and then pushes it back into your kitchen.

An extractor cooker hood forces all of this air, smells, and things out of your home. That is the biggest difference between these cooker hoods.

Both are available for cookers against the wall of your home, or they can be fixed over a cooker on an island. 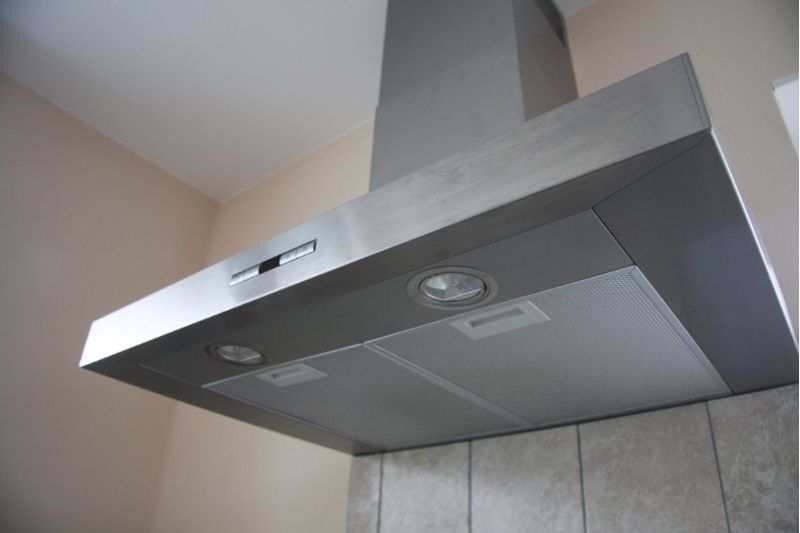 A recirculating cooker hood works by sucking up all of the air from your cooker and passing it through filters. As the air is passed through these filters, the oil and the grime in the air is captured, and fresh air is released back into the kitchen.

All of this takes place in the cooker hood itself, so you don’t need to run ducting or drill a big hole in your wall.

Compared to extracting cooker hoods, recirculating hoods are a bit easier to install. This is certainly true if your cooker is on an island. If your cooker isn’t against a wall, you have to run ducting either through the ceiling or under the floor, depending on the extracting method.

That really isn’t a job for a DIYer, so you will need to factor in installing this ducting into your budget for the hood. Because recirculating hoods don’t need ducting, though, installation is easier and often a lot cheaper.

If you are installing a recirculating cooker hood yourself, and your oven is against a wall, you’re in luck too. We have a guide about installing extraction hoods on here, and the process is pretty much the same, but without having to drill a massive hole in the side of your home.

As all of the air in these hoods is being cleaned by filters and then released back into the kitchen, maintenance is a thing to consider.

Extraction hoods do have filters that need to be changed, but far less frequently than the filters in a recirculating hood. 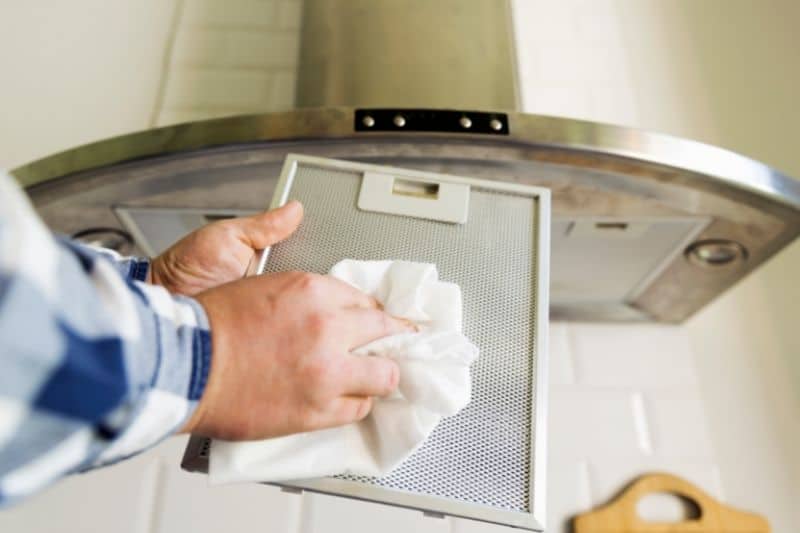 These hood filters need to be replaced or cleaned (depending on the model) at least every few months, depending on what you are cooking. If not, the hood can actually start releasing nasty smells back into your kitchen.

Recirculating cooker hoods are not hard to maintain by any means, but they do require regular maintenance to be as efficient as possible.

Do Recirculating Cooker Hoods Clean the Air as Well as Extractor Hoods?

As recirculating hoods are processing all of the air that is passed through them, most models can’t clean 100% of the air. This means that some oil, smoke and smells will end up back in your kitchen.

Of course, you can keep the cooker hood running for a while after you’ve finished cooking to remove the rest of the smells, and most models will do so eventually.

However, when it comes to efficiency in cleaning the air and energy, extractor cooker hoods do win the battle.

Before we wrap up this cooker hood article, here are some pros and cons of recirculating cooker hoods so you can easily see the benefits and downsides to this type of hood.

Some pros of recirculating cooker hoods:

Some cons of recirculating cookers hoods

So, recirculating cooker hoods are cheaper and easier to install, which is awesome. However, they are also a bit louder than extractor hoods because they are doing more work.

They’re also less energy-efficient and require more maintenance. Whether or not a recirculating hood is the best option for you depends on your situation and your needs.

If you don’t really need to use a cooker hood very often, a recirculating hood could be ideal. It will look great and come in handy when you need it, but maintenance will be low because you aren’t using it, and you won’t notice the efficiency issues.

Please take a look at Chef’s Pick’s other articles for even more advice about cooker hoods, ovens, hobs, and cookware. We can help you make your kitchen the heart of your home.