If you don’t have electrical wiring for an induction hob but dream of owning one, you may be considering buying a 13-amp version. After all, with these hobs, you can plug them straight into a standard outlet, and they work just the same as any other induction hob, right?

Well, that’s what we’re here to find out. Below, we’re exploring 13-amp induction hobs and whether they are a good replacement for a wired induction hob or any other hob for that matter.

How Does the Power on a 13-Amp Induction Hob Work?

If you’ve already been looking for 13-amp induction hobs, you may have noticed that you don’t have too many options.

This is because most induction hobs require about 32 amps to run smoothly. Some even require 48 amps.

When we say “run smoothly”, we mean that if you were to turn all of the hob rings on at once and use them all, these hobs would be using 32 amps (or 48 amps) to keep the rings running on full blast.

Most 13-amp induction hobs get around this with clever computer circuits that dictate where the electrical current goes. 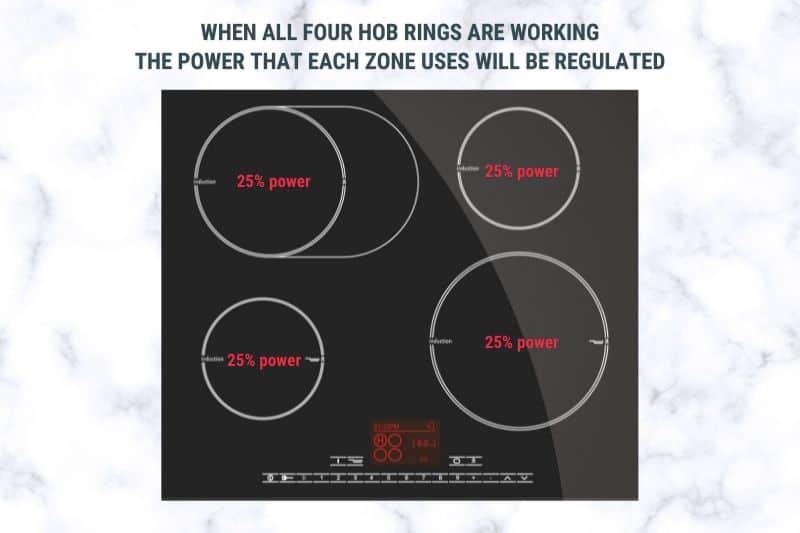 So, if you’re using two hob rings, for example, a 13-amp induction hob will regulate the power between them. It will switch the power back and forth to keep your pans hot and ensure the hob doesn’t overload the circuit.

This means that you can’t use all of the hob rings on a 13-amp induction hob on full at the same time. If you did, it would overload the circuit.

Many 13-amp induction hobs restrict the total sum of the power levels for all hob rings to a certain number. Let’s say 12, for example.

So, you can use all your hob rings, but if the total number of the power levels goes above 12, the hob will power off to prevent it from overloading the system.

As you can imagine, this power restraint can be quite frustrating depending on how many hob rings you like to use at once.

Are 13-Amp Induction Hobs Worth It?

Other than the fact you can’t use all of the hob rings on the highest levels at once, a 13-amp induction hob works very similarly to one that runs on its own circuit.

If you’re only using one or two hob rings, you won’t notice any loss of power at all, and the hob will look great and be a joy to use.

Whether these hobs are worth it or not really depends on your style of cooking. 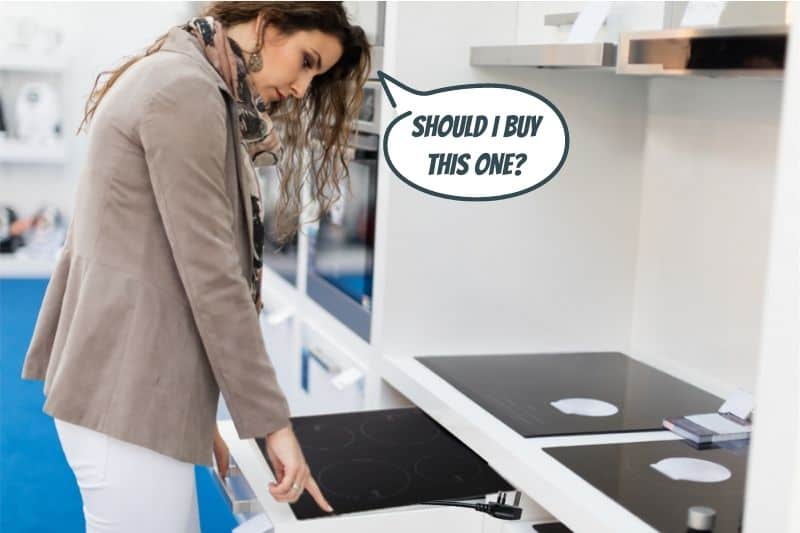 If you use all of the hob zones at once a lot, you may find the power restrictions, well, restricting. If you don’t, you can buy a great hob (usually at a fantastic price) that’s as easy to install as plugging the hob into a standard plug socket.

You can buy a good quality 13-amp induction hob for under £200, and there is no need to pay for installation.

So, that cost is all you are going to pay. This makes 13-amp induction hobs really appealing, especially to those who don’t have an electrical circuit suitable for an induction hob fitted in their kitchen.

These can be quite pricey to install, and then you have to pay for the hob and for the installation of it.

If you want an induction hob but don’t have an electrical circuit for a hob in your home, a 13-amp version could be ideal.

If you do feel you’d be frustrated with the lack of power in certain situations, then it might be worth looking at different hobs. And you’re certainly in the right place for that.

Chef’s Pick has loads of the very best hobs of all fuel types right here, so make sure you explore more while you’re here.