With ever-increasing energy costs, you may be wondering how many amps your induction hob uses. After all, the more amps, the more energy it is using and the more money it is costing you.

So, below, we’ve broken down the amps that induction hobs use. Some models vary, though, so for accurate amp ratings for your hob, find the model number and go on the manufacturer’s website.

Even if your hob is a few years old, you should be able to find out what amps it is using during use. 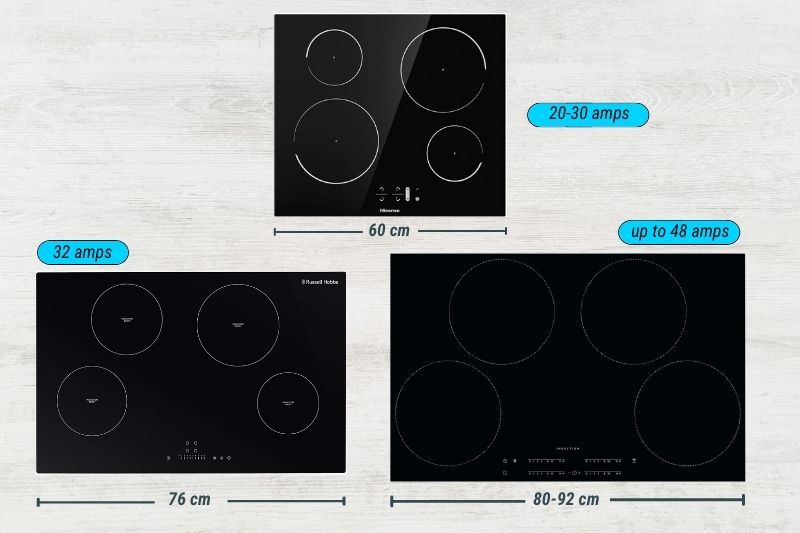 The amp requirement for most 60 cm induction hobs is 30 amps, but some can only require 20 amps. 76 cm induction hobs require 32 amps, and the largest models (between 80 cm and 92 cm) can require up to 48 amps.

Now, this doesn’t mean that your 60 cm induction hob is using 30 amps every time you turn it on. These requirements are the maximum amount these hobs use.

That is to say, if you turn all the hob rings on to full power and use them all, the hob will be using this amount of amperage.

Just as a quick comparison, most standard electric hobs require a 32-amp circuit. So, these ratings are very similar, but induction hobs are generally a lot more energy efficient than standard electric ones. More one that in a moment.

Will an Induction Hob Run on my Current Circuit? 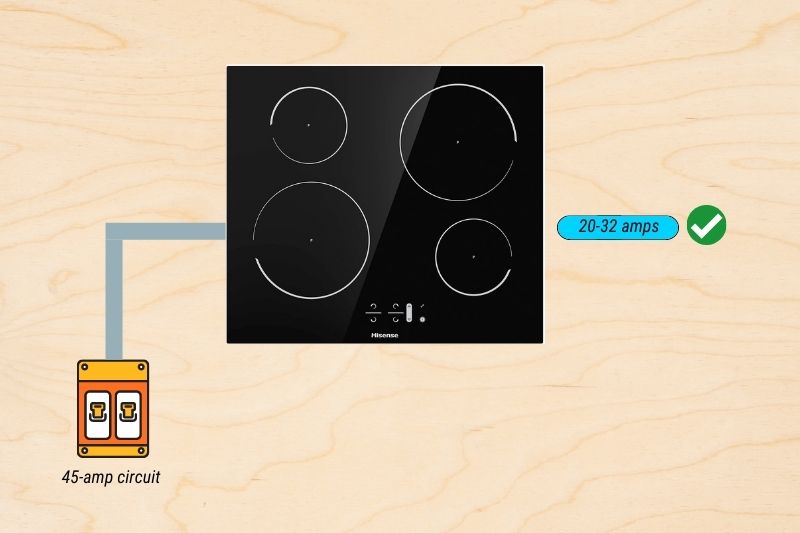 If you already have a cooker circuit in your kitchen, this is likely to be a 45-amp circuit, as they need to have enough amps to run the cooker and the hob at once.

So, if your induction hob is drawing between 20 and 32 amps, it will work perfectly fine on that circuit, and you won’t have any issues.

If the induction hob you’re planning on installing requires a lot more amps, you may need to have an additional cooker circuit installed for that to run on.

Otherwise, your oven and your hob may not work at the same time without tripping the circuit. Of course, if you aren’t sure, speak with an electrician or the company you are buying your hob from.

Are Induction Hobs Good with Energy? 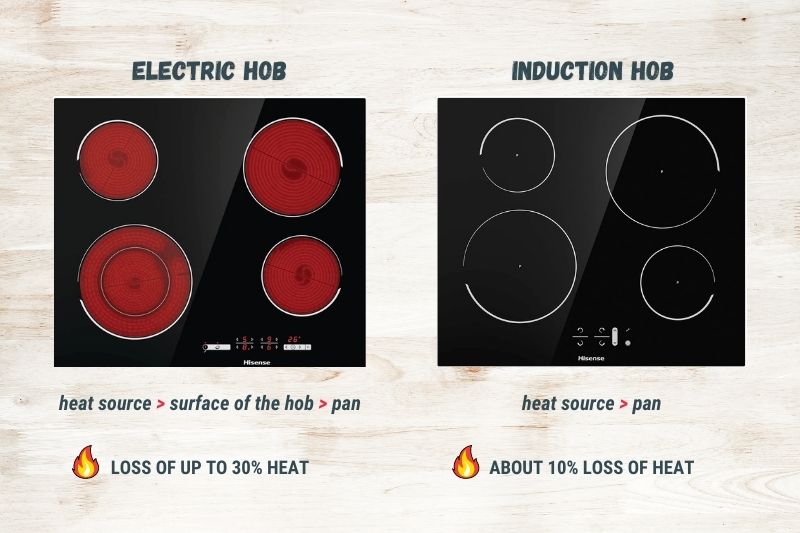 So, if induction hobs draw a similar amount of energy as a standard electrical hob, are they the same when it comes to energy efficiency too?

Well, interestingly, no. You see, a standard electrical hob heats up the surface of the hob, which then heats up the pot or the pan. As the heat transfers from the hob to the pan, it can be lost in the air. This results in a loss of up to 30% heat during cooking.

Induction hobs, though, heat the pan directly, meaning there is far less heat loss (about 10%). So, 90% of the heat that an induction hob generates soaks into the pan and heats it up.

This is why many people compare induction hobs with gas. They are just as fast because of the superb technology that ensures as little heat loss as possible.

So, there you go; a typical induction hob needs about 32 amps to run properly. There are also 13-amp induction hobs available, but we’ve written a whole other article about those.

We also have articles about all different hob types. So, if you’re considering a new hob, check out Chef’s Pick some more.