Bosch is one of the leading suppliers of technology and appliances worldwide, and their hobs are commonplace in many UK homes.

However, like all kitchen appliances, Bosch hobs can malfunction from time to time.

There is nothing more frustrating than going to cook a delicious meal and your cooktop not turning on.

Here we run through all the possible reasons why your Bosch hob isn’t turning on and what practical solutions you can use to fix the problem.

Induction hobs are quickly becoming the norm in many home kitchens. These intelligent appliances enhance cooking times, use less energy, and are a safer option as they rely on electromagnetism rather than direct heat application.

But they’re also prone to errors, and here are a few that you might be facing if your Bosch induction hob won’t work.

Cause 1: Your Bosch Hob Is in Lock Mode 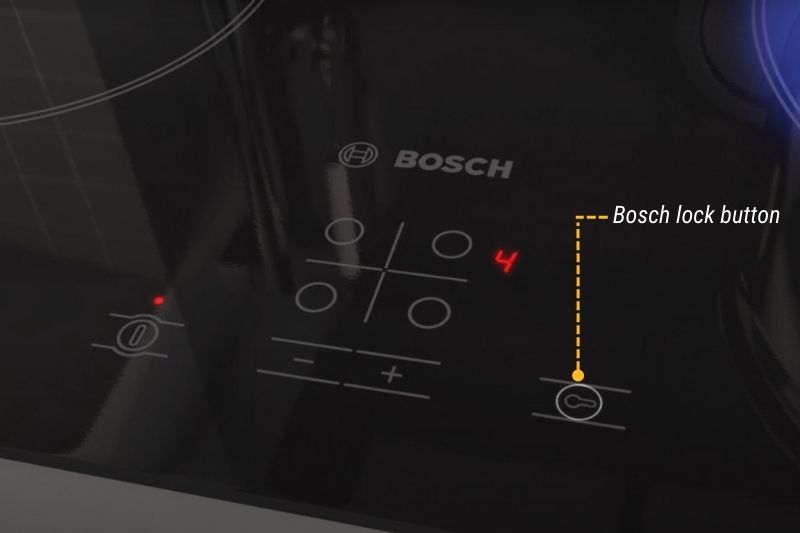 Bosch induction hobs have a lock feature to prevent anyone from accidentally pressing the buttons on the touchpad.

The top reason induction hobs won’t turn on is because this lock mode has accidentally been activated.

You need to deactivate the lock before you can turn your cooker on, which can be done by following these steps:

Cause 2: You’re Using the Wrong Cookware 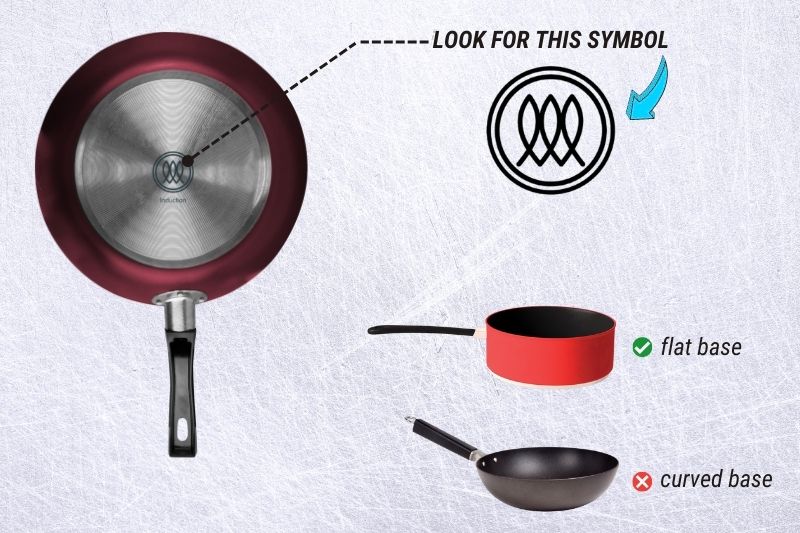 Induction cooktops heat pans by using an electromagnetic current. Therefore, these types of cooktops are only compatible with magnetised metal pans.

Check the base of your pans for a symbol of a coil that shows that the base is magnetic. Alternatively, test for yourself by holding up a magnet to the base and seeing if it sticks.

Cookware suitable for use on a Bosch induction hob also has to have a flat base. If your pots and pans don’t fit these two characteristics, this could be why your hob isn’t working.

You’ll need to invest in new induction-friendly pans for cooking on your new stove.

Cause 3: Your Induction Hob Is Greasy 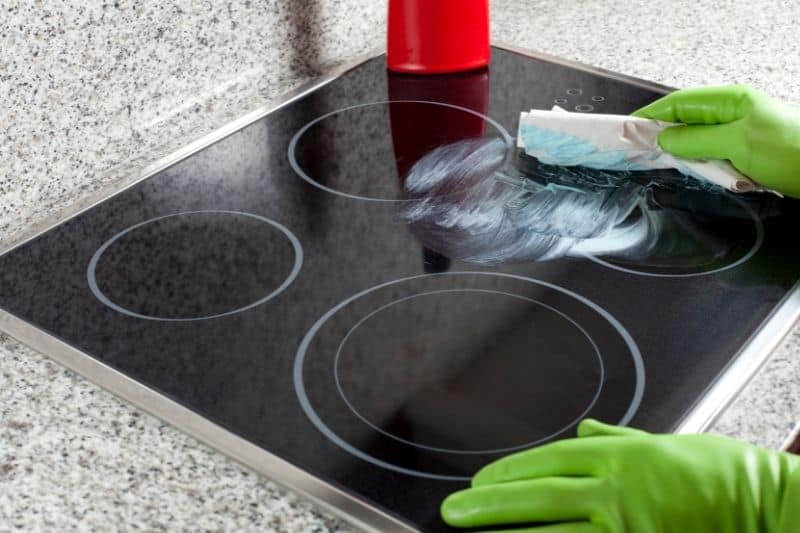 Bosch induction hobs are controlled by using a touchscreen panel. The buttons here turn the hob on and off, allow you to set a temperature, and choose which rings you want to cook on.

However, touchscreen recognition might fail if there is a large amount of grease or other debris over the buttons.

Thankfully, this is another simple problem to solve. Take a damp cloth and a grease-busting detergent to remove any dirt from your cooktop.

One of the perks of induction hobs is that their glass surface is easy to wipe clean.

Get into the habit of wiping the surface before and after cooking and you won’t ever have to deal with this issue again.

Cause 4: Your Hob Isn’t Receiving Electricity 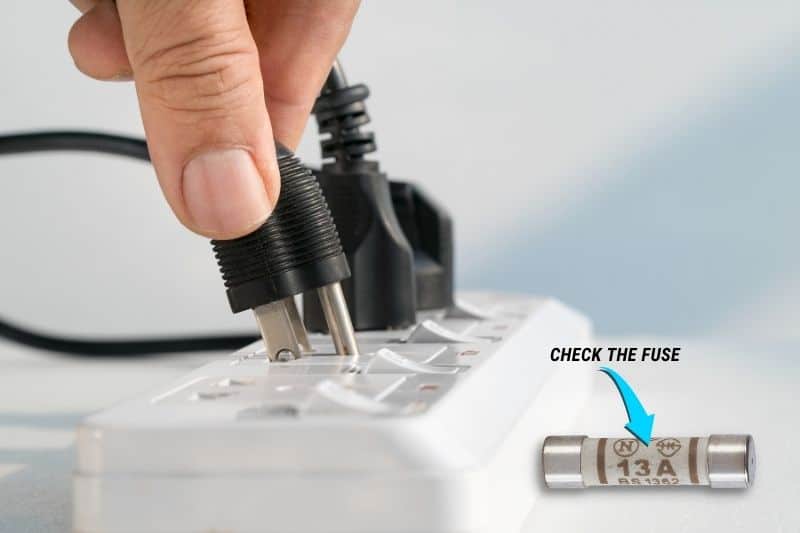 Bosch induction hobs are a type of electric stove that needs to be connected to a power source to function.

Check that the hob is properly connected to the power supply. You might find that the cable has come loose, so plug it back in to fix the issue.

There is a chance your hob isn’t receiving power due to an internal issue such as a fuse that needs replacing.

You can purchase a new fuse and replace the broken one yourself with minimal effort.

If the fuse keeps blowing, call a professional electrician. There is likely something more wrong with your Bosch induction hob that is making this happen repeatedly.

Why Is my Bosch Electric Hob Not Working? 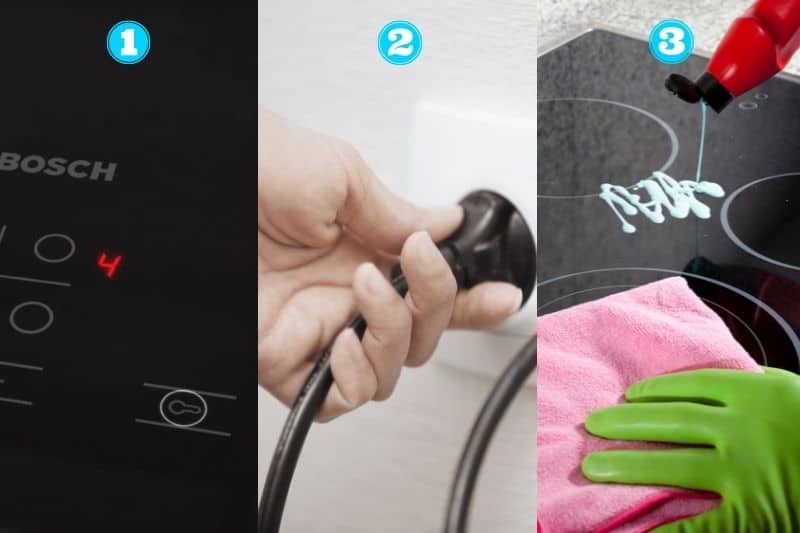 Electric hobs are another of Bosch’s leading kitchen appliances. They function in a similar way to their induction hobs and generally fall into the same pitfalls.

If your Bosch electric hob won’t turn on, run through the following steps to help troubleshoot the issue:

If you are still having issues, it is worthwhile contracting Bosch directly. They offer tailored support and actionable tips based on your appliance model.

Why Is my Bosch Gas Stove Not Turning On?

Bosch is also a manufacturer and supplier of gas stoves. Unlike induction and electric hobs which both rely on electricity, gas stoves usually don’t turn on because of issues with the ignition.

One of the following likely applies:

If the spark module or spark electrode is broken, the burner typically produces a weak spark or might spark intermittently.

If the ignition switch is broken, one burner won’t spark properly but the other rings should function as usual.

For all three of these issues, the defective part of your Bosch hob needs to be replaced for it to regain function.