A meaty fish that’s used in a wide variety of dishes, tuna is delicious in sandwiches, as sushi or eaten as a steak.

Canned tuna is one of the most economical ways to buy tuna. It’s also very convenient as it can easily be stored in the cupboard without perishing.

If you’ve opened a can of tuna and have leftovers, you might be wondering if you can freeze it. Below you’ll find all the answers you need on the subject of freezing canned tuna.

Is it OK to Freeze Canned Tuna?

Yes, it’s perfectly fine to freeze all types of tuna, including canned tuna. Canned tuna is another name for tinned tuna and is pressure treated to ensure that it remains sterile and safe without refrigeration before the can is opened.

Once you open the can, the tuna must be refrigerated and eaten quickly. This is one of the reasons you might be keen to freeze a can of tuna.

Providing the tuna hasn’t already gone off, you can freeze canned tuna whether or not the can has already been opened.

But you won’t be able to place the can directly in the freezer, so you’ll need to open it and transfer to a freezer-safe container first.

Tuna freezes extremely well and because it’s a meaty type of seafood it’s less likely to suffer from freezer burn if it’s properly wrapped up or covered.

It’s advisable to eat tuna within three months of defrosting it so don’t forget to add a label to keep track of the date. 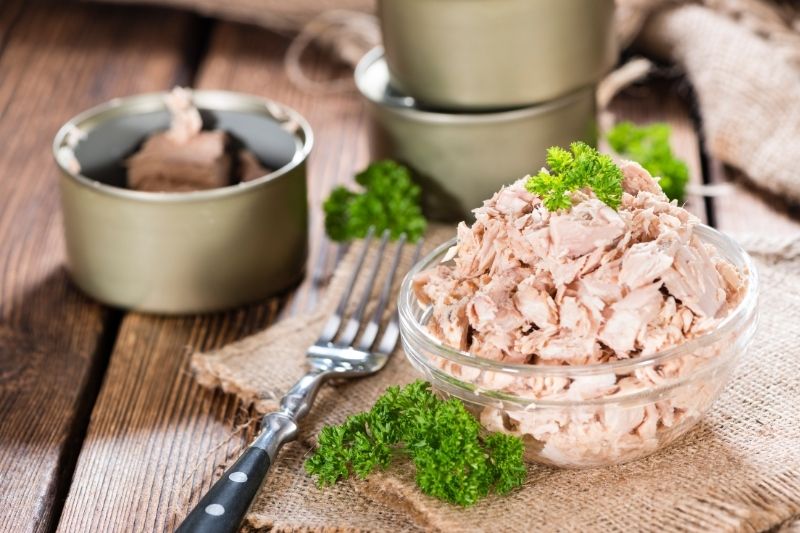 How Do You Defrost Canned Tuna?

You should aim to eat any frozen canned tuna within three months of freezing it. If the tuna is frozen for longer it won’t make you ill, but you’ll notice a distinct deterioration in the quality.

The meat of the fish may start to separate, and it may lose its flavour and taste bland.

When you want to use the frozen tuna, it will need to be defrosted first. This is best done in the fridge rather than at room temperature. Keeping the tuna cold reduces the chances of bacteria multiplying.

A small portion of tuna will thaw in a few hours in the fridge while a larger quantity will need to be thawed out overnight.

Providing you don’t rinse your tuna, place it in water, use a microwave or defrost it at room temperature, it is possible to refreeze the tuna after it’s been defrosted. This should only be done once to reduce the likelihood of spoilage. 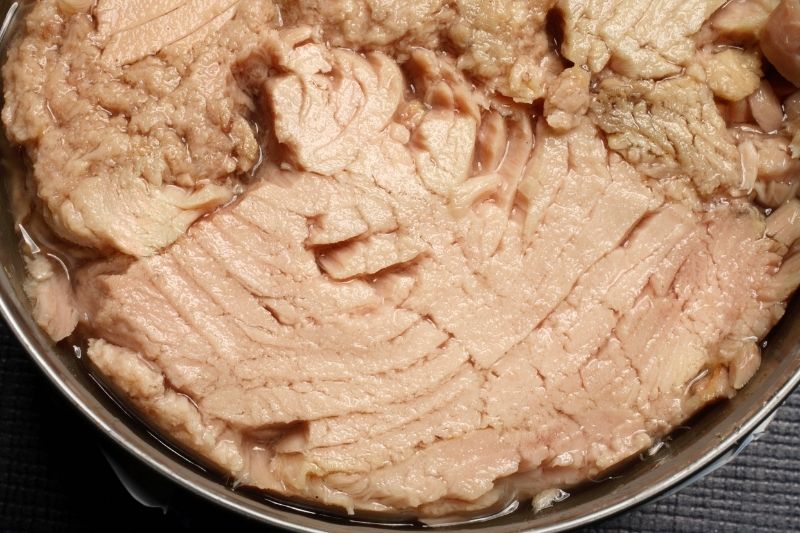 Can You Freeze Tuna Mayo?

Although tuna freezes extremely well, the same can’t be said of tuna mayo. This is because mayonnaise doesn’t cope well with the chilly temperatures and will split when frozen.

You should therefore always freeze tuna on its own and then make it up into tuna mayo as needed once it’s thoroughly defrosted. 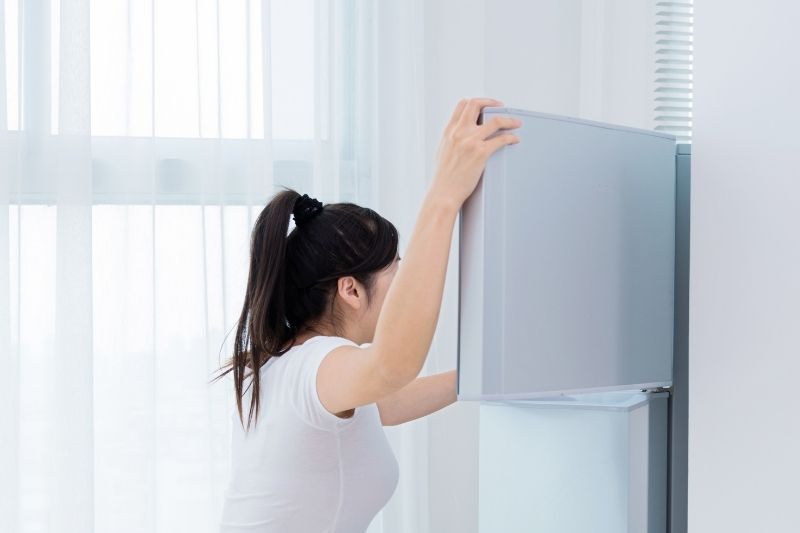 Canned tuna should always be removed from the can and placed into a freezer-safe container or freezer bag before being frozen. This is because water expands when it freezes, and this could cause the can to blow out.

When transferring the tuna from the can to a suitable container or bag, remove any of the liquid. This isn’t necessary to keep your tuna moist while in the freezer and will just become a fishy, smelly mess when frozen and defrosted.

You might also want to consider whether to double-bag your tuna while it’s in the freezer, or at the very least use a thick freezer bag.

This is to prevent a strong smell of fish affecting your other frozen items – no one wants to eat tuna-flavoured ice-cream!