If you’re looking for a warm and hearty breakfast to start the day, it’s hard to find better than a steaming bowl of porridge.

Porridge can technically be made from oats, rice or any other grain that’s been cooked until it has the familiar thick, creamy texture.

In practice, porridge is normally made from oats, and the words porridge and oatmeal or often used interchangeably.

You can add lots of different toppings to a bowl of porridge to add a little extra zing to your breakfast, but what about if you don’t have time to make it from scratch every day, is it possible to freeze porridge in advance?

Here’s what you need to know about getting your morning oats.

Can You Freeze Porridge?

Yes. Porridge can be frozen very easily for up to three months providing it is stored correctly.

Once you’ve cooked your porridge, you’ll need to cool it before placing it in the freezer.

If you’ve cooked up a big batch of oatmeal, it’s a good idea to separate it into smaller portions; this will help it to cool more quickly and is better for freezing.

Once your porridge has sufficiently cooled, you should split it into portions (if you haven’t already done so) using either freezable containers or sealable freezer bags.

Don’t forget to add labels with the contents and the date.

Can You Freeze Porridge Made with Milk?

Porridge can be made with either water or milk, or a combination of the two. Both types of porridge can be frozen and stored up to three months.

Contrary to popular belief, milk can be frozen quite easily and providing you follow the proper process, products containing milk will still taste just as fresh when they’re thawed and reheated. 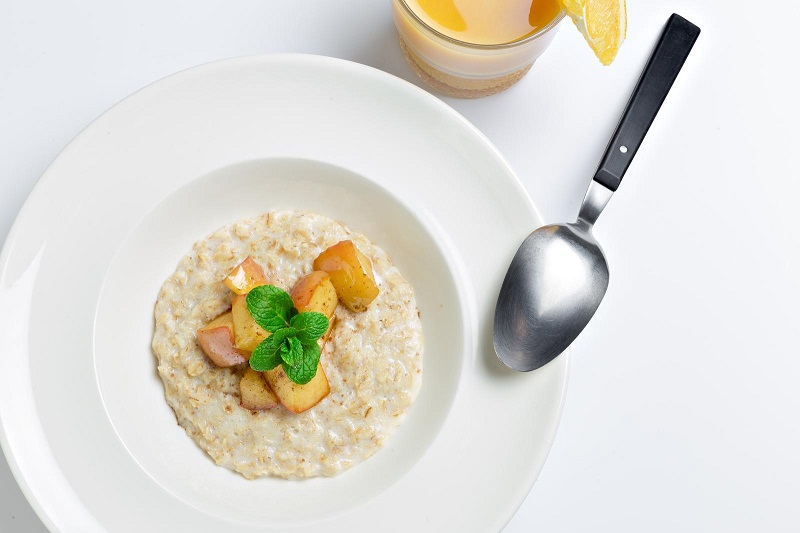 Can I Freeze Quaker Oats?

Freezing cooked porridge is a good way to make preparing breakfast quicker, but you can also freeze dried oats too.

Dried oats, such as Quaker Oats, need to be properly stored to retain their freshness and to prevent any weevils from taking up residence. Freezing the oatmeal can help to protect it and retain maximum freshness.

When placed in the freezer in a bag or sealed container, oatmeal can be stored for up to one year.

Is it OK to Reheat Porridge?

Freezing porridge is a food-saving technique which has been around for decades, it’s nothing new.

But there would be no point in freezing the porridge if it couldn’t be reheated. No one wants to chow down on cold porridge that’s just come out of the freezer!

It’s absolutely fine to reheat porridge that’s been frozen, and you won’t even need to defrost it first.

Put the porridge directly in the microwave, and as it thaws and heats up, add a splash of milk.

Once the porridge has completed thawed out and been reheated through, you can add your favourite toppings—maybe a handful of blueberries or a dash of maple syrup? Scrumptious.