Black pudding is a type of blood sausage originating from Great Britain. It is usually made with pork or beef blood and then has fat or suet added to it alongside a cereal such as oats.

It is the specific seasoning of black pudding, and its high cereal ratio, that set it apart from other blood sausages.

You can eat black pudding cold, or you can heat it by boiling it, frying it, grilling it or baking it.

In north-western parts of Britain, a black pudding is traditionally served with potatoes as a standalone dish, but in the rest of the UK it is served alongside other foods, usually as part of a full English breakfast.

Whichever way you choose to cook or eat your black pudding it is useful to know how best to store and prepare it so that you get the best tasting dish possible.

You can freeze black pudding and store if for up to six months. Read on to learn more about freezing black pudding.

How Do You Freeze Black Pudding?

The best way to freeze black pudding involves a couple of steps.

Firstly, you need to cut the black pudding into slices and lay them on a tray lined with baking paper. Put the tray in the freezer and allow the slices to freeze for a few hours.

Once the slices have frozen a little you can then gather them into a suitable container or a freezer bag and put them back in the freezer to finish freezing through.

This makes it easier when it comes to defrosting and reheating the black pudding and they can remain in the freezer stored this way.

How Long Can You Freeze Black Pudding For?

Black pudding can be stored in the freezer safely for up to six months. It is important to freeze it using the method outlined above and to ensure your freezer is kept at the correct temperature.

It may be easier to freeze your black pudding in bags that are portion-sized so that you can just use as much as you need each time. 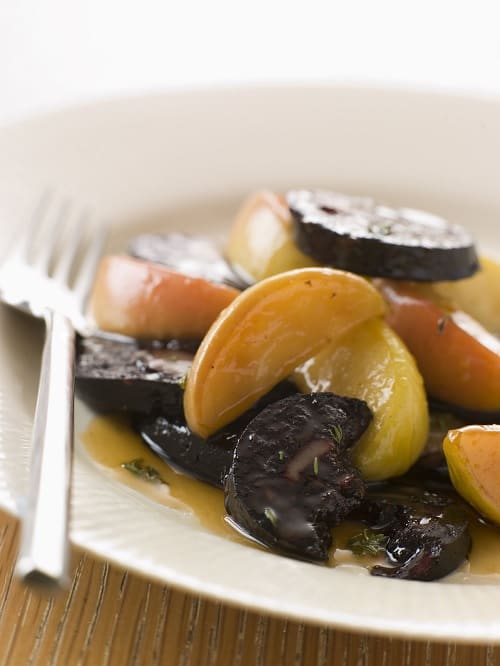 Can You Freeze All the Black Pudding Varieties?

Stornoway black pudding from Scotland, for example, can be made with sheep blood as well as either cow’s blood or pig’s blood.

Can You Refreeze Black Pudding?

What Is the Best Way to Defrost Black Pudding?

The simplest method to defrost black pudding is to take the bag out of the freezer and put it in the fridge overnight.