Induction hobs are found in many modern UK kitchens. They look extremely sleek and innovative and function pretty smartly.

Unlike regular hobs, there are magnetic fields under each of the hob rings which are only activated when a pan is on top.

When activated, the pan is heated directly rather than the surface beneath it getting warm.

For all this fancy technology, induction hobs are quite expensive to purchase.

But how much electricity does an induction hob use? Does its energy efficiency make these hobs a worthwhile investment?

Do Induction Hobs Use a Lot of Electricity? 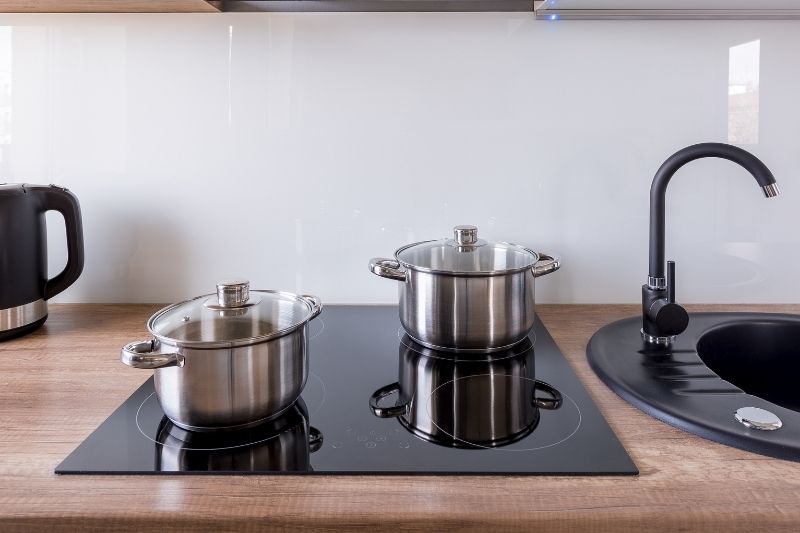 How much electricity induction hobs use varies between models. The average wattage of several top-selling brands is around 1.95 kW per hob ring, which is quite a high energy consumption when compared to other household appliances.

But how much electricity this equates to per meal depends on the number of rings you have on and how long you are cooking for.

The more rings and the longer the cooking time, the more energy you use.

How Much Does an Induction Hob Cost to Run?

The average cost of electricity in the UK is expected to be around 28p per kWh in 2022. Therefore, using this figure and the wattage figures from the above example, we can work out how much an induction hob would cost to run each day and annually.

As mentioned earlier, cooking times and the number of rings you have on will dramatically change the power consumption and thus end costs.

Over the year, this puts the annual running costs at £199.29 (54.6p x 365 days). On the other hand, if you use two rings for an hour each day or one ring for double the time, these costs will also double. 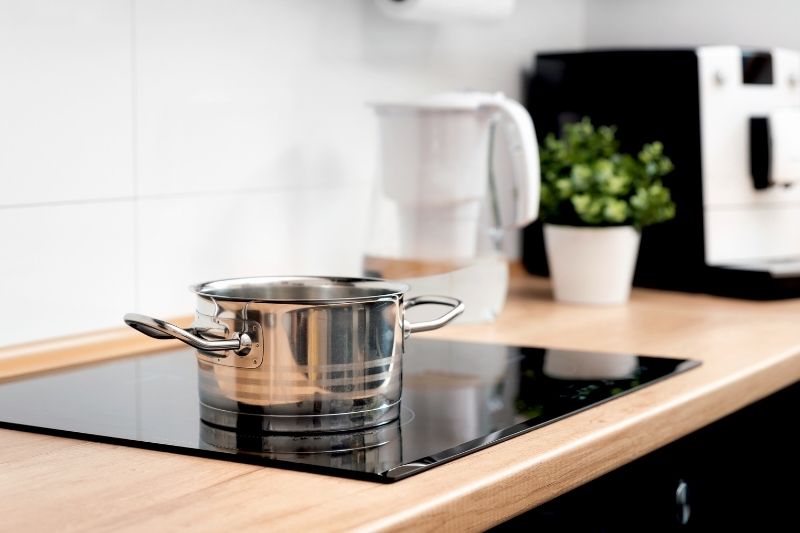 To better understand how much electricity an induction hob uses, it is worthwhile comparing its power consumption to gas and ceramic hobs.

This way, you can determine how much you’re spending and which is the most energy-efficient and cost-effective choice for your kitchen.

The wattage of standard ceramic hobs is slightly lower than induction hobs, averaging at 1.65 kWh per ring.

This means it consumes less power per hour and thus costs less to run for the same amount of time.

However, ceramic hobs are less efficient, so you will have to leave it on for longer when cooking. 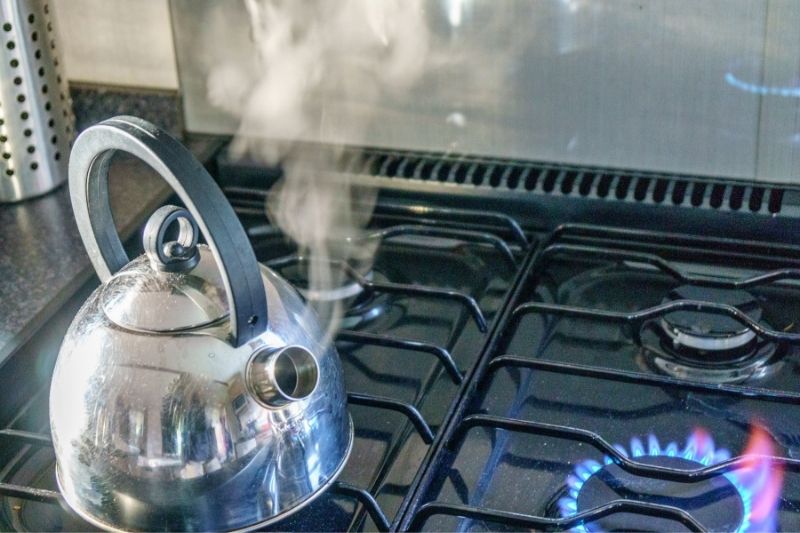 Gas hobs have the same wattage as induction hobs, averaging at 1.95 kWh. However, gas hobs are cheaper than both induction hobs and ceramic hobs.

This is purely for the fact that gas is a lot cheaper than electricity, costing a fraction of the price at 7p per kWh in 2022.

Are Induction Hobs Expensive to Run?

Given the above examples, induction hobs initially appear the more expensive option.

However, induction hobs are much more energy-efficient, which means they aren’t as expensive to run as they seem. This is because of their intelligent mechanism of directly heating the pan rather than the surface beneath it.

By working in this way, around 84% of the heat generated from the appliance is used for heating and cooking, compared to 74% for gas and ceramic hobs.

Therefore, cooking times are often reduced when using an induction hob. For example, a pan of water boils at almost double the speed as it would on a gas hob!

Besides, you’re not wasting hardly any of the electricity you are using to heat the stove. If you want to keep costs down and have a more energy-efficient home, induction hobs are the way forward.