Porridge oats and rolled oats are similar… but they are not the same thing. They are both oats, and they can both technically be used in porridge and other recipes, but they are created in slightly different ways, with different manufacturing processes.

Because of the change in manufacturing process, porridge oats and rolled oats have slightly different consistencies.

You may find that a finished, fully-cooked food product has a slightly different texture if you use porridge oats instead of rolled oats.

What Are Porridge Oats?

Technically, porridge oats are any type of oats that are used in a porridge recipe, which leaves the term wide open for interpretation.

This is especially the case when you consider the fact that there are actually different types of porridge, too.

Gruel is thought of as a rather old-fashioned term now and, like the name, the product itself is no longer common.

Gruel is porridge, but it is very thin and watery in consistency. Because of this, gruel tends to be consumed by way of drinking rather than eating.

Oatmeal is also porridge, and the term is more commonly used in the United States. People in the UK usually use the simple name, porridge.

You may also come across groats, rice porridge, wheat porridge, and many other varieties.

Where you are from may have a factor in what you call your porridge dish, as well as the type of oats you use in it.

In England, rolled oats are traditionally used to make porridge.

In Ireland, however, oats of the steel-cut variety are used.

In Scotland, oatmeal is more common. 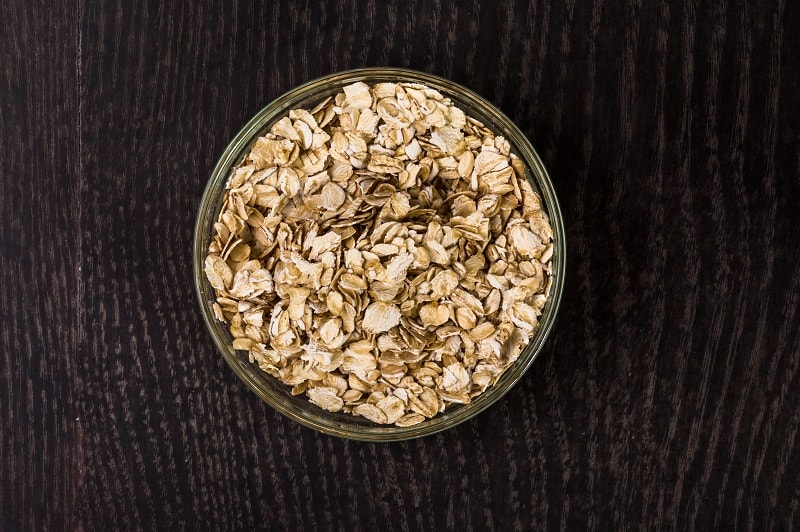 What Are Rolled Oats?

Rolled oats can be used to make porridge. In fact, traditional English porridge, as previously mentioned, is made from rolled oats.

In modern times, porridge is usually made from a smaller, more processed rolled oat. The oats are cut up into smaller pieces, and then ground up.

This creates more of a fine, powdery-like consistency, which helps to absorb milk or water.

The more the oats have been ground or chopped, the more surface area they will have, and the more they will absorb fluid.

Porridge made from oats that have been less chopped or ground will have a thicker, lumpier and slightly drier/harder consistency. 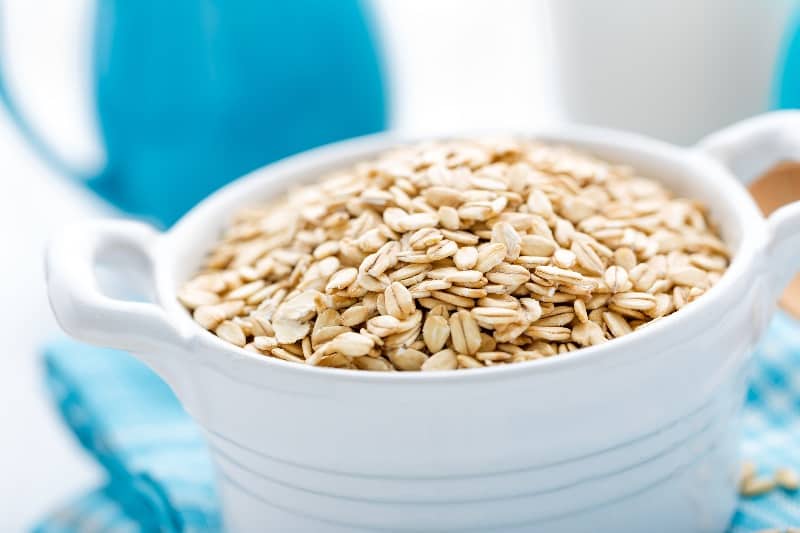 What Will Happen if I Use Porridge Oats Instead of Rolled Oats?

In most cases, porridge oats and rolled oats are interchangeable in recipes.

If you are making a simple porridge dish for breakfast, porridge oats will make your finished dish a little smoother and creamier whereas rolled oats, depending on their thick/thin cut, will be more textured—lumpier, less creamy, and a little crunchier.

Porridge oats are smoother, but rolled oats have a rougher and more rustic finish.

In other types of recipes, substituting porridge oats for rolled oats can change the flavour in subtle ways, as well as changing the consistency.

Recipes that are made with porridge oats tend to be slightly nuttier and, as mentioned before, creamier.

Using rolled oats, on the other hand, will see a slight reduction in flavour, less of the nutty flavour, and a texture that is smoother and softer.