With the UK government being committed to reducing greenhouse gas emission by 80% by 2050 (compared to 1990 levels), gas cookers may become a rarer sight in homes.

However, are gas cookers actually being phased out in the UK, or are the alternatives simply just becoming more popular?

Well, let’s explore gas cookers a bit more and whether or not they will be phased out in the UK soon, shall we?

Are Gas Cookers Being Phased out in the UK?

The government’s climate change advisory body has previously recommended that gas cookers and hobs be phased out by 2025 according to this Times article from February 2019. However, this was just a proposal, as far as we know there is currently no official plan to phase out or ban gas cookers in the UK.

In March 2019 the then chancellor Philip Hammond stated that “we will introduce a Future Homes Standard, mandating the end of fossil-fuel heating systems in all new houses from 2025” in his Spring Statement. However, as far as we are aware, this was just a proposal and hasn’t been followed by any legislation yet.

When we last updated this article in 2022, the government were proposing bringing forward a ban on gas boilers in new homes from 2025 to 2023. However, this is just a proposal and there is no indication it would affect cookers or hobs.

So far, the government hasn’t stated whether they will definitely be phasing out the installation of gas cookers into new housing developments yet. Also, if an older property is already connected to the gas network, there is no rule or incentive currently in place that steers the homeowner away from installing a gas cooker.

So, it looks like gas cookers will eventually be phased out in order to help the reduce greenhouse gas emissions. As of right now, though, homeowners can choose whatever cooker they’d like in their homes. And housing developers can hook new homes up to the gas network and install gas cookers in a home if they wish.

While the government isn’t committed to phasing out gas cookers in the UK just yet, perhaps homeowners are.

Many homeowners are now opting to use induction hobs and electric cookers over gas cookers. About 10 years ago, gas cookers made up 60% of cooker sale across the UK, that number has now fallen to 30%.

This is because induction hobs heat up almost as fast as gas hobs and they are much more energy-efficient too.

At the time of writing, online appliances retailer AO only lists 64 gas cookers for sale, compared to 127 electric cookers, suggesting that electric cookers are roughly twice as popular.

Of course, some people love cooking on gas. So, unless there is an incentive in place to replace a gas cooker, they won’t be phased out completely any time soon.

What’s the Issue with Gas Cookers?

The big problem with gas cookers is that they burn fossil fuels. This makes them different to electric cookers, which can be powered by renewable sources. So, they’re in the same boat as gas boilers.

Now, gas is a bit cleaner than coal, but it is still very bad for the environment. Plus, the UK government has made a commitment to reducing the country’s emissions. A commitment that is legally binding, by the way. This means that the number of new houses that will be connected to the gas grid should be reduced in the next few years.

This means, of course, that gas cookers and boilers will no longer be viable in those homes. The housing developers will then have to install alternative cookers like induction of electric cookers in the homes instead. 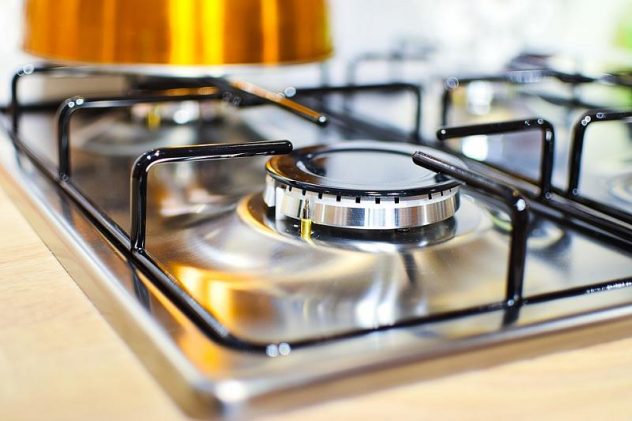 To summarise, it looks likely that the government will phase out gas cookers and boilers at some point. This will mean that new houses won’t be connected to the gas grid, and alternatives for cooking and heat will be used instead.

For homeowners already using gas, they will likely create an incentive scheme for you to switch to an electric cooker and boiler.

As of right now though, there is no official plan to phase out or ban gas cookers. We consumers are phasing out gas cookers ourselves instead.

With the introduction of induction and other electric cooker technology being the best and most energy efficient on the market, the cooker companies and ourselves are really doing the government’s job for them.