Polystyrene is one of the most popular forms of packaging for food due to the fact it’s cheap, lightweight, and versatile.

Styrofoam is one type of polystyrene, but there are other types which are also used as food storage and packaging.

This creates a dilemma when you get home: if you need to reheat or cook your food, can you just place the polystyrene packaging in the oven?

Below you’ll find all the answers you need about placing polystyrene in the oven.

Can You Heat Up Food in Polystyrene? 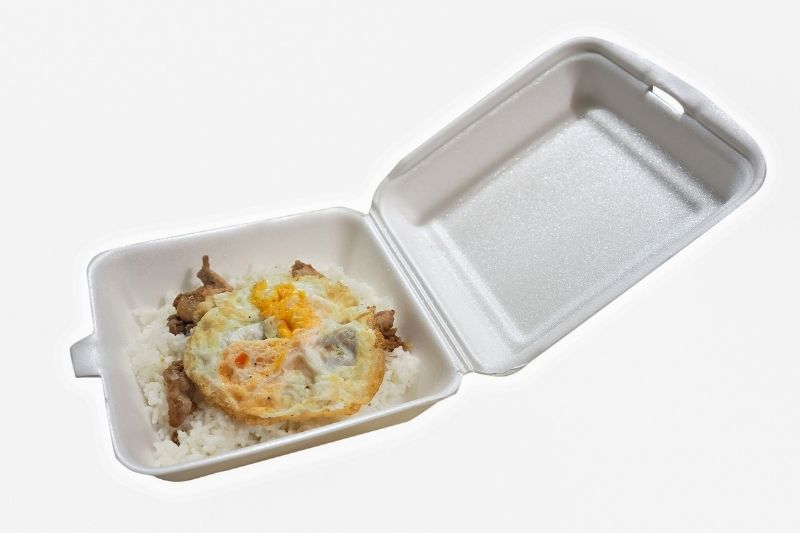 Polystyrene containers are fantastic for storing cold food and can be used in the fridge or freezer without any problems. However, when polystyrene meets heat, it’s a different matter altogether.

Polystyrene and styrofoam should not be placed in the oven at any time. This is because the material is not heat-resistant and when it’s heated up, it will warp and ultimately melt.

There are also chemicals which aren’t visible to the naked eye which could leech into your food.

Any food in a polystyrene container should be decanted to an oven-safe dish before you cook it or heat it up.

What Happens When You Heat Up Polystyrene?

Polystyrene is not designed to be heated up and once it reaches 100°C (212°F) it will begin to soften and warp. This is the temperature that water boils at, so attempting to warm up food in a cooler oven will be ineffective.

If you heat up polystyrene in your oven, it will first soften and then start to stick to your food. This could be dangerous as polystyrene particles will be mixed up with your food and could easily be ingested.

Polystyrene can also start to release toxic fumes when heated. This won’t cause any long-term damage if you make a single mistake, but if you leave the polystyrene in the oven for an extended period or expose your lungs to repeated episodes of heated polystyrene, it could cause you some harm.

Once polystyrene starts to soften and warp in the oven, it will lose its shape and may stick or drip onto the oven shelves.

Heated polystyrene can be difficult to remove, especially after it has cooled, so this is another very good reason to avoid placing polystyrene in your oven.

What Can You Use Instead of Polystyrene in the Oven? 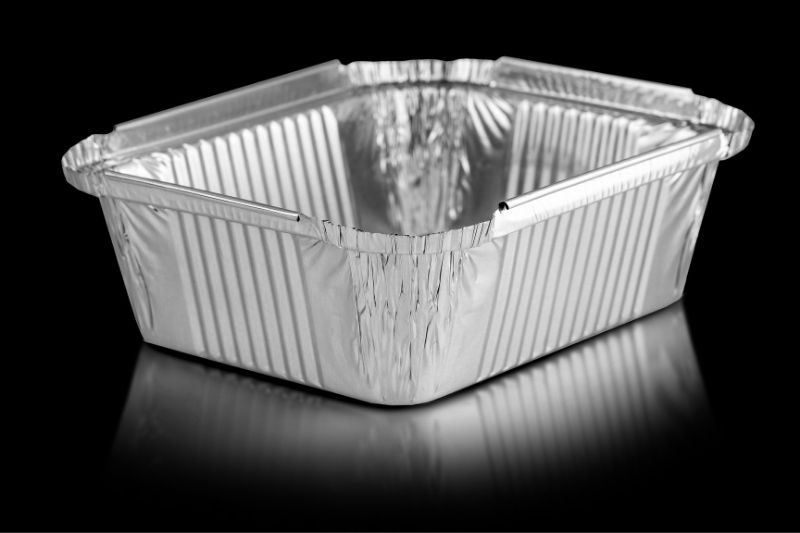 Because of the dangers of heating polystyrene, you should always transfer the food to an oven-safe container before heating it up.

There are lots of containers which are safe to use in the oven, such as oven-safe glass, aluminium foil, and metal. If you’re trying to cut back on the washing up, lining a tray with aluminium foil will keep it clean while also cooking your food safely.

Does Polystyrene Melt in the Microwave?

If you’re not sure whether a polystyrene container is microwave safe, it’s better to err on the side of caution and not use it.