Induction hobs are fantastic bits of kit that many home chefs are now leaning towards. They offer the speed of gas in a sleek, beautiful design that adds a lovely modern touch to any kitchen.

However, induction hobs do have some restrictions. The biggest concern for many chefs is whether they can use their existing cookware.

As you probably know, there are a few different types of woks you can use, including flat-bottomed woks and rounded-bottomed woks.

A rounded-bottomed wok is more traditional but can cause some issues on induction and electric hobs. We’ll cover these works in more detail in just a moment. First, let’s look at flat bottomed woks.

Using a Flat-Bottomed Wok on an Induction Hob

Almost all induction hobs will have a ring that you can use for a flat-bottomed wok. You need to ensure that the ring you use is at least as large as the bottom of the wok. This ensures that the circuit underneath the surface of the hob is complete and that the hob will heat up the wok.

If you use a ring that is too small for the bottom of the wok, the hob won’t register that a pan has been placed on it and so it won’t heat up.

Traditional woks are made from carbon steel, which will work perfectly on your hob. If you have a wok made from stainless steel or aluminium, these are likely to work too.

You can check the bottom of your wok for the induction hob symbol. This is a square with a piece of coiled wire running through it.

Using a Round-Bottomed Wok on an Induction Hob 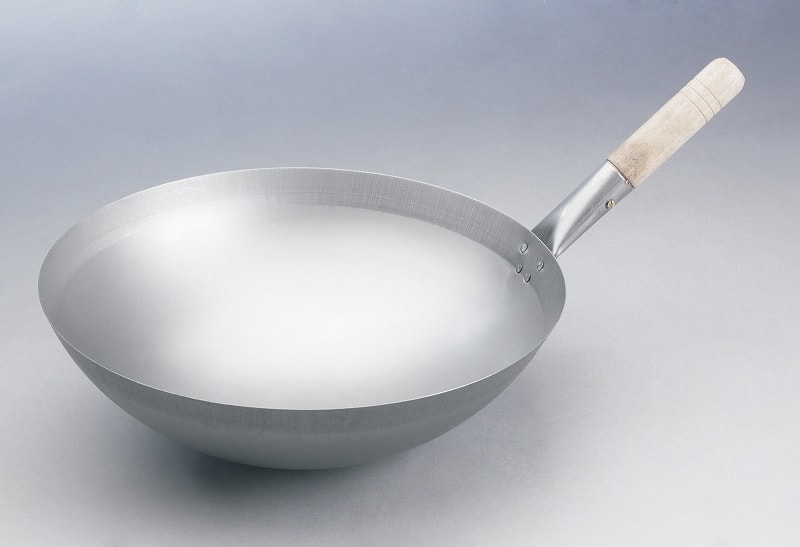 If you own a round-bottomed wok, then you already know that you need some special gear to get it working on most hobs, even some gas hobs.

Unfortunately, as of writing this article, no special induction adaptors exist for round-bottomed woks. This is because there are many different sizes and shapes of round-bottomed woks, so the adaptor would need customising for each shape and size.

This means that you can’t use a traditional wok on an induction hob, for the most part. However, there are some higher-end induction hobs that are available with specially designed rings just for round-bottomed cookware like woks. If you love using a traditional wok, this could be the way to go.

There are also other induction hobs that have a gas burner as well. So, you get four induction rings and one gas burner, for example. These hobs allow you to reap the benefits of induction but also use speciality cookware like round-bottomed woks too. Of course, you’ll still need a wok support ring for your wok to work on the gas hob, but they are very inexpensive.

Sadly, most induction hobs are not geared toward using woks unless you want to pay a bit more and have a dedicated ring.

These wok rings do take up quite a bit of room and add some money to the overall price of the hob. The induction hobs with a gas ring are slightly less expensive and do have a bit more versatility than an induction hob with a special ring for a wok.

Check out our guide to the best woks for induction hobs if you’re looking for an induction-compatible wok.