Here we are with another cooking rumour for your tastebuds. Does olive oil really ruin non-stick pans, or is this a cooking myth spawned by the internet, that we now all believe to be fact?

Well, we’ve done some digging, some cooking, and some serious sizzling and have come to a conclusion.

So, let’s really find out if olive oil can ruin a non-stick pan, shall we?

We’re sure that Popeye’s wife has ruined a few non-stick pans in her day; we all have. But we’re talking about the most popular cooking oil in the world here, not a fictional cartoon character.

Olive oil is extremely popular, thanks mainly to TV chefs. Jamie Oliver spends more time pouring olive oil than most of us do at work.

Of course, many TV chefs and professional chefs don’t use non-stick pans, though. Instead, they opt for frying pans made from stainless steel or carbon steel, but is this because of olive oil?

This doesn’t mean you can’t pretend to be Jamie Oliver every night of the week, though. You can use olive oil in your non-stick pans for years without it ever affecting the coating. 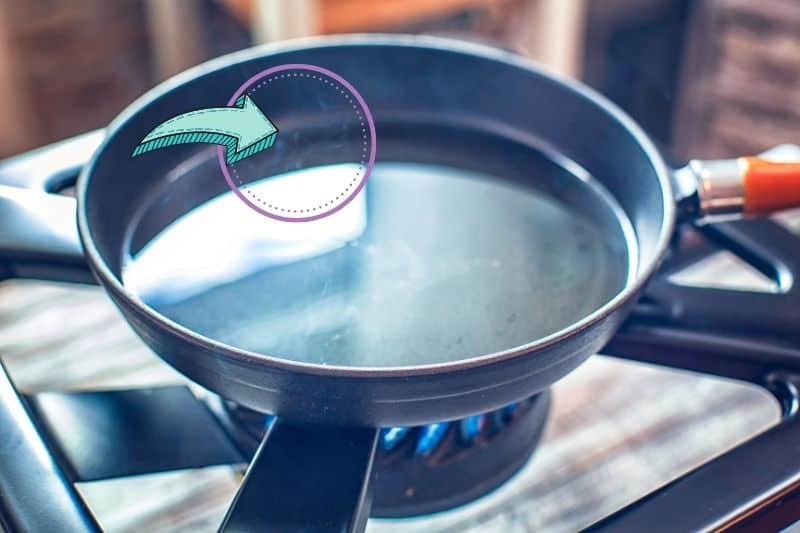 Cold olive oil won’t do anything to the non-stick coating in your pan. It is only when the oil is heated up to the point where it is smoking that it can begin to break down the coating.

So, you need to keep the oil from burning. This is often referred to as the ‘smoke point’. This simply means the point at which the oil begins to degrade and burn.

Cooking with any oil after it’s reached its smoke point isn’t a great idea anyway. Most cooking oils will produce a nasty taste after this point that you really don’t want in your dishes.

So, when you’re heating up your pan ready for sizzling, keep an eye on it. If the pan starts to smoke, get something in it quickly.

What Happens if Olive Oil Reaches its Smoke Point? 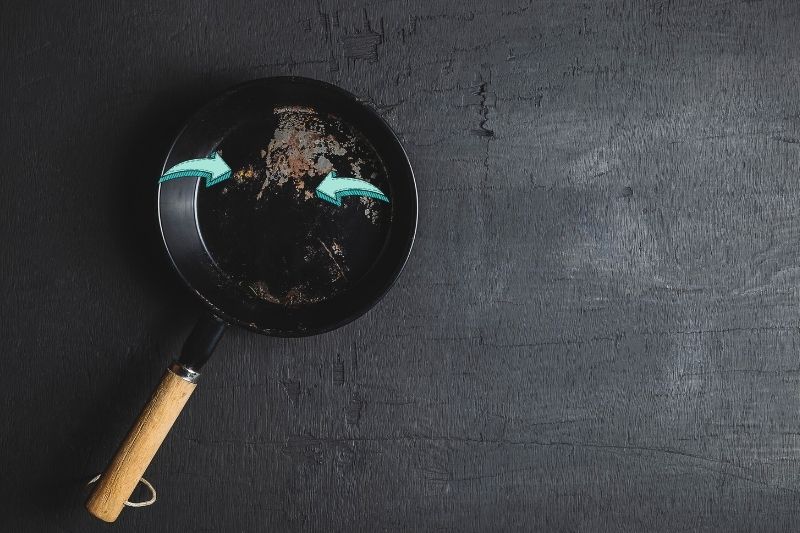 If you happen to leave olive oil in a non-stick pan to heat up until it is burning, it is going to leave a crusty, stinky layer on your pan.

This will stick firmly to the non-stick coating and be nearly impossible to get off. So, the act of removing it will destroy the coating just as much as the olive oil heating up did.

Whether you’re using spray olive oil or oil straight from a bottle, just be careful while you’re cooking with it, and you’ll be absolutely fine.

Don’t heat up the oil too much before you actually start cooking, and you’ll never need to worry about it sticking and ruining your pan.

If you already have let olive oil reach its smoking point and you’ve just spent three hours scrubbing at that layer of burnt olive oil in your pan, it might be time to look at some of our favourite non-stick pans.

Here at Chef’s Pick, we have listed the best non-stick pans available in the UK right now, and we know how to keep a cooking mistake to ourselves!