Like many of you, we’re huge fans of induction hobs here at Chef’s Pick. We’ve written scores of articles about these hobs over the years that can be really handy if you’re considering adding one of these hobs to your kitchen.

Still, rather than sing the praises of these hobs today, we’re exploring the real, raw and gritty pros and cons of them.

This induction hob article is going to provide clear info about why these hobs are awesome and why they aren’t always the most awesome option for you.

Many hob manufacturers claim that induction has the same speed and control as gas, and this is true.

These hobs can boil water extremely quickly, but at a touch of the controls, you can leave that water simmering for the perfect pasta, rice or sauce.

Induction hobs are highly responsive and make a lot of cooking tasks quick and easy.

With a regular electric hob, about 30% of the heat generated is lost between the top of the stove and the pan itself.

However, with induction, around 90% of the heat is used in the cooking process. So, induction and gas hobs are considered the most energy-efficient on the market.

Every induction hob must have a pan placed on the surface to heat up. If there’s no pan on the hob ring, an induction hob won’t work

So, if you’re worried about small hands turning the hob on and burning themselves, this (along with other safety features like control panel locks, for example) will keep them safe.

Don’t leave a pan on the hob, and when small hands start fiddling with the controls, the surface of the hob won’t heat up.

We tend to focus on the amazing cooking power of these hobs on Chef’s Pick. However, there is no denying that these hobs look fantastic as well.

The seamless lines of the hob, the lack of control knobs (most of these hobs have touch screen controls), and the beautiful dark colour all add to the style of these hobs.

Of course, as induction hobs often don’t have control knobs and buttons, cleaning is even easier than it is with a normal electric hob.

Cleaning the surface of an induction hob is nice and easy, but even cleaning the control panel is so simple too.

So, if you’re buying an induction hob for the looks and style, this is really easy to maintain. 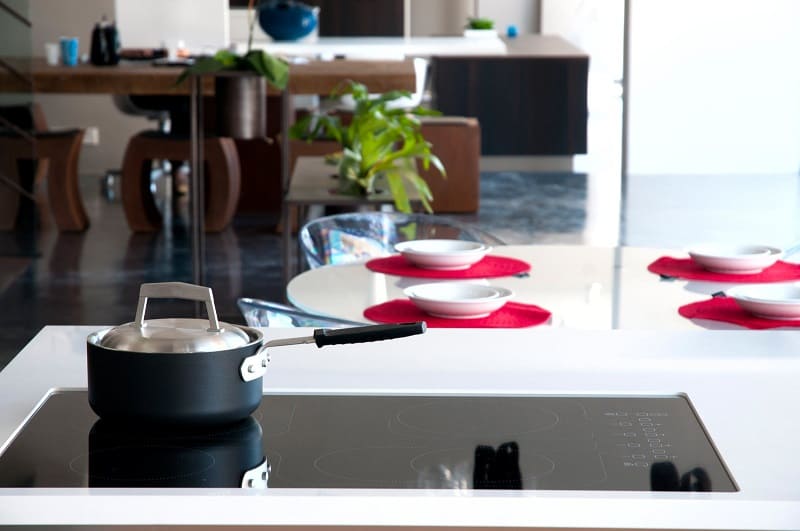 1. More expensive than other hobs

Induction hobs are one of the newest technological advancements in the hob world. As a result, they do tend to cost a bit more than other hobs.

As the years roll by, though, induction hobs are becoming cheaper, and you can get really good hobs for a great price.

Still, if you’re on a tight budget, just know that finding a suitable induction hob within that budget could be a challenge.

If you’re used to the eerie silence of an electric hob or the gentle flickering flame of gas, an induction hob could sound like a steam train making its way to the dinner table.

Okay, we’re exaggerating here slightly. Still, induction hobs are noisier than any hob on the market.

Most of the time, this can be a humming noise, but these hobs can cause the cookware to rattle and buzz during the cooking process.

3. You may need to invest in new pans

This is the most common con of induction hobs; the need to invest in new pans.

However, you may not need to invest in new cookware when you buy an induction hob. If the cookware you currently have has a magnetic bottom (you can check it with a fridge magnet if you have one handy), then it will work perfectly on your new hob.

If it doesn’t have a magnetic bottom, though, you will need to invest in new pans.

This only applies if you’re switching from a gas hob to an induction hob and will apply whether you are buying an induction or a normal electric hob.

If you don’t have a circuit in your kitchen that can safely power a hob (most commonly called a cooker circuit), you will need to have one installed, unless you buy a hob that can be run on a 13amp circuit.

This installation cost will vary depending on where you live and even from electrician to electrician in your local area.

If you’re switching from gas to induction, remember to factor this installation cost into your budget. 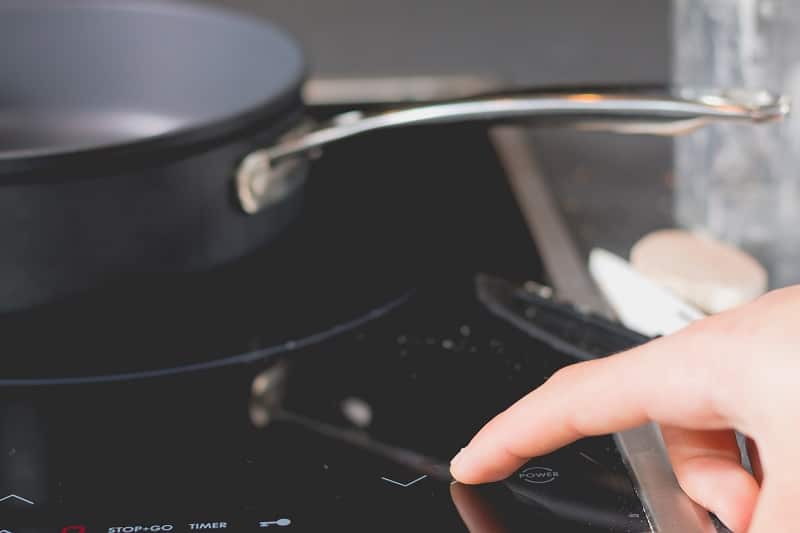 So, there are some pros and cons of induction hobs to consider before you invest in one of these hobs.

We feel that the pros greatly outweigh the cons of these incredible hobs, but what do you think? If you now want one of these hobs even more than before, we have loads of articles about induction hobs, including the best induction hobs available in the UK right now.

We also have all the cookware you may need and loads of other articles all about induction and learning to make the most of yours.